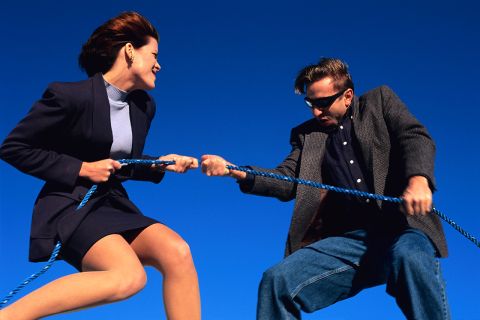 True story... Back in the early 1990's when cell phones and car phones slowly started to become more and more common, my mom gave a long rant about "those silly car phones". "Car phones!" she would exclaim, "As if anyone is that important.  Like you can't wait five minutes until you get home to make a phone call! I can't believe people actually do that. That's just ridiculous."  She went on and on about this. She seriously considered the concept of a phone in your car a silly one. Fast forward 20 years. My dear mother, now in her late sixties, worships her iPhone and talks on it constantly, while driving. She uses a hands-free setup of course, but today she lives and dies by being able to use one of those "silly" car phones in her car. Another true story... A few years back I was having lunch with a buddy of mine. A man in a business suit walked by with a small Bluetooth headset poking out of his ear. My buddy saw this and tore into an angry rant that Dennis Leary would have been proud of. "Look at that idiot!" he cried, "That stupid thing poking out of his head with beeping lights and crap! He actually walks around IN PUBLIC wearing that thing! Holy crap, you wouldn't catch me dead wearing something that dumb!  Caleb, dude, promise me you'll never wear one of those things." That was a few years ago. I caught up with him last week. We were standing outside, in public, in broad daylight, and wouldn'tcha know it?  Guess what was sticking out of his ear? A Bluetooth headset. With flashing lights and everything. I reminded him what he said about those "stupid things" just a few years ago. He played dumb and said he didn't ever remember saying anything like that. Interesting. My mom said the same thing when I reminded her of what she said about car phones. Want another true story? This one is my favorite. I've been doing a lot of reading lately about genetics and where medical science will be taking us in a few years. In a decade or two, pregnant parents will be able to determine things like their baby's eye color, hair color, skin pigmentation, and will be able to reduce the baby's tendency towards things like Alzheimer's disease and alcoholism, all before the baby is even born. Today, every time I tell a woman this, the reaction I get ranges from disgust to abject horror. "Oh my God that's horrible!" they cry, "I would NEVER do that with my baby! Ugh! I can't believe doctors are even talking about that! Disgusting!" I just smile, knowing that in ten to twenty years, these same exact women will consider it a very normal, favorable thing to do and will perhaps be doing it themselves or even encouraging their own daughters to do it with their babies. Whenever I see some existing or upcoming technological change, I try to see the big picture, and see how I can integrate that change now or in the future to better my life, regardless of how odd it may look to me at the moment. Back in the early 1980's I would be messing with my TI-99 computer as a child, and I actually remember some of my older relatives tell my parents, "No one will ever pay Caleb to type on that thing. He's wasting his time." The next time you see some new technological advance, and your first thought is "That's stupid!" or "I would NEVER do that!", pause for a minute and catch yourself. At a minimum, remember the moment you thought that. A few years later, you may surprise yourself.