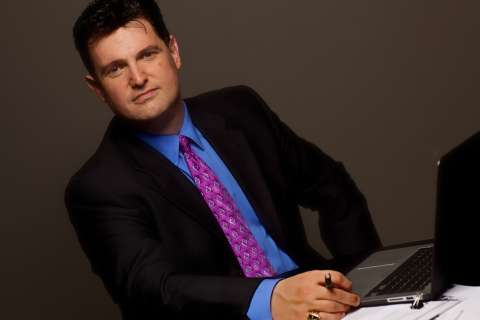 Recently I "discovered" some painful calcium deposits in both my shoulders. Initially I thought this was somehow related to the TRT injections I take, but that had nothing to do with it. These stupid, painful calcium deposits are one of those things that just happen; medical science has no idea why this happens with some people. It has nothing to do with diet, exercise, vitamins, or genetics. Weird.

My guess is that it might have been something I had for a while but was exacerbated by the extremely heavy standing military presses I was doing, but that's pure speculation on my part.

I had to stop lifting weights and deal with the problem. The recommended treatment was either forced removal (using a needle to break up the deposits) or physical therapy. Since I always try to look for the non-Societal Programming option, I opted for acupuncture instead, which is something I've never tried before.

I've been in four times now, have one or two more to go. It has made a noticeable positive difference but the verdict is still not in yet.

You lay on a massage table and the acupuncturist puts these very tiny needles in your body based on where the problem is. Even though the problem is in my shoulders, he puts needles in my feet, legs, and hands. Apparently, these "points" (as they call them) correspond in the nervous system to the shoulder area where my calcium deposits are.

The needles are so small that usually you don't feel anything. Sometimes they hit a nerve (which is what they're supposed to do) and you'll feel a very brief jolt of pain throughout your entire extremity, but this is rare. It's a very weird feeling when it happens.

Then he leaves, and you just sit there for 25 minutes listening to relaxing music. Every five minutes I'm supposed to rotate my shoulders for a few seconds and I do so. During the rest of the time I mediate, and visualize the calcium deposit detaching from my muscle tendons, breaking up, and being ejected (via urine) out of the body, which is exactly what happens when this stuff works.

When the acupuncturist talks about directing the "energy flow" in the body, I just tune out. I don't believe any of that crap at all. Instead, I know the nervous system is a complex electrical system, and perhaps these needles somehow direct the flow of this electricity in a way that makes it more conducive for healing in certain areas of the body.

Or it's all BS. Either way, I'll find out soon.

He also gave me some specific shoulder stretches to do both day and night, to help dislodge the calcium deposit and break it up. I've been doing these regularly, and though uncomfortable, they've really helped.

One could argue that if this works, it was because of the stretching I was doing and not the acupuncture at all. That's entirely possible, but as usual, I like to put the odds in my favor.

I'll be updating you as to whether or not this works. If/when the pain goes away completely, I'll get another x-ray to see if the deposits have indeed vanished. We'll see.

Then I can get back to my weight lifting. I'm starting to miss the gym.

This article was originally published on August 24, 2015

« Why You Want Your Employees To Quit