My Hope for Pop Culture’s Future 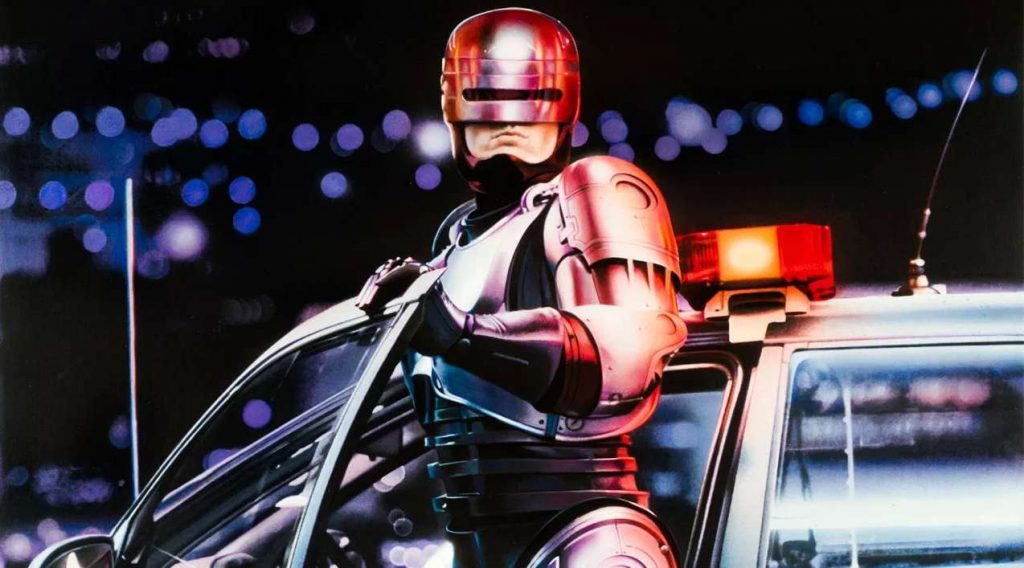 My Hope for Pop Culture’s Future

It’s as if some kind of dark, left-wing god has gone back in time to the 1980s and systematically destroyed almost everything I loved back when I was a child. Seriously. I’m not exaggerating. I was actually thinking about this the other day and Hollywood has pretty much gone through all of my childhood loves like a checklist and has destroyed each and every one (with one or two exceptions).

In the last 20 years or so, either through left-wing bias or pure incompetence (or both), Hollywood (or its ilk) has destroyed: Star Wars Star Trek Dr. Who Dungeons and Dragons Transformers Predator Ghostbusters Indiana Jones Alien Robocop G.I. Joe Rated-R action movies in general (though it has recovered from this slightly) These were the things I loved as a child. Today, Hollywood has butchered all of these things so badly that if Hollywood announced there was a new TV show or movie to be released about any of these things, I wouldn’t go see it.

I don’t think any other generation in world history has experienced this; to watch your culture go back and destroy almost everything you loved as a child. My elder Baby Boomer dad didn’t have to spend his adulthood watching Hollywood turn John Wayne gay or make a politically-correct, left-wing version of Dirty Harry. My Millennial son, who is now 27, wasn’t subjected to the experience of watching a movie where the Ninja Turtles were actually all female Ninja Cats or where the Power Rangers were rebooted as unfunny, man-hating feminists. I mean, sure, I’ve seen Hollywood butcher some things from prior generations, but never everything. I think my generation, Gen X, is unique in this. At least so far.

I have to be fair and cover the few items from my childhood Hollywood didn’t destroy. Obviously Hollywood knocked it out of the park with Lord of the Rings. I was amazed when I watched these movies, mostly at how they did it well. The scene where Boromir died and the end of The Fellowship of the Ring was the only time in my entire life I actually cried while watching a movie or TV show. However, I am now 100% convinced (based on the data above) that the fantastic job Hollywood did with Lord of the Rings was a lightning in a bottle fluke and will never happen again. I hear that they’re trying to make a Lord of the Rings series on cable; I’m 90% sure it will suck hard.

The two other things I loved as a kid was Robotech and Tron. Hollywood never screwed up Robotech because it never got the rights to do so, thank goodness (though guys like Tobey Maguire tried very hard). To be fair though, Japan’s version of Hollywood did screw up Robotech (called Macross in Japan) with some very terrible follow-up TV series (Macross 7 and others). Hollywood did a Tron sequel which, while not perfect, was actually very good (Tron Legacy) and I still re-watch it sometimes today.

But that’s it. Pretty much everything else I loved as a child I now look at with disgust because of what Hollywood did. With the exception of comic books written by Marvel, Hollywood (and its foreign brothers like the BBC) seemingly can’t adapt anything correctly anymore, almost as if they want to screw these things up. The sadder part is that the things I wanted Hollywood to do I now don’t. For most of my life I’ve been waiting for a big budget movie or HBO series version of Roger Zelazny’s The Amber Chronicles, one of the most Alpha, masculine, well-written fantasy series ever written featuring my favorite fictional character of all time (Corwin of Amber).
[vc_row_inner][vc_column_inner][vc_raw_html] JTNDYSUyMHRhcmdldCUzRCUyMl9ibGFuayUyMiUyMGhyZWYlM0QlMjJodHRwcyUzQSUyRiUyRmFscGhhbWFsZTIwLmthcnRyYS5jb20lMkZwYWdlJTJGcFU1ODMlMjIlM0UlMEElM0NpbWclMjBzcmMlM0QlMjIlMjBodHRwcyUzQSUyRiUyRmNhbGViam9uZXNibG9nLmNvbSUyRndwLWNvbnRlbnQlMkZ1cGxvYWRzJTJGMjAyMCUyRjA4JTJGVFVNLTcyOFg5MC0xLnBuZyUyMCUyMiUzRSUzQyUyRmElM0UlMEE=[/vc_raw_html][/vc_column_inner][/vc_row_inner]
Today, I not only don’t want them to adapt these books, I’m actually terrified that they will. If they do, the odds are 97% or more that they will butcher them to death, the same way they did with Battlefield Earth and every other cool series or book they’ve tried to make adapt (Game of Thrones being another one of those will-never-happen-again flukes). My One Hope “Not all hope is lost,” as Gandalf would say. I have one hope that I’m pretty enthusiastic about. Back in the heyday of good movies, there were low-budget movies, mid-budget movies, and big-budget blockbusters. All three. Today, for various economic and cultural reasons, mid-budget movies are almost nonexistent, and that’s part of the problem. When was the last time you saw a movie in the movie theaters like Conan The Barbarian? You haven’t, because these types of movies aren’t allowed anymore.

Instead, all you see today are giant Avengers-type blockbusters costing $200 million or more, and shitty little horror movies and independent movies made very cheaply. There’s very little in-between. It was those mid-budget movies in the 80s and early 90s that were so awesome. They were expensive enough to not be pure crap, but not big enough to warrant the big studios to crack down on them and stifle their creativity or enforce the extreme left-wing bias most actors, screenwriters, and directors have. That’s the bad news. The good news is it’s now becoming possible for normal, everyday fans to create movies that are almost Hollywood-quality. I’ll give you just a few examples just off the top of my head from recent years, but there are many others.

Go watch the movie Iron Sky. Seriously, go watch it. It’s a sci-fi comedy about Nazis invading Earth from the moon. It’s not perfect, but the production quality and special effects are simply amazing, and it was done by a completely independent group of people. Even better, go watch the fan-made Star Trek short films Prelude to Axanar and/or Star Trek Renegades. Even if you hate Star Trek and science fiction, just watch a few minutes of each of them and look at their special effects. These were just a bunch of random fans, and the god damn special effects are better than the original Star Wars movies. Just incredible. It's not just about special effects, it’s also about production values. Take a minute and watch the short film Batman: Dead End, made all the way back in 2003. This is, at least in my opinion, one of the best Batman movies ever made, and it was made by a few fans on a microscopic budget… and it looks fantastic.

And I’m well aware there are already tons of fan-made Star Wars movies. Many of them are terrible, but some of them are really damn good. Technology is the great equalizer. Soon, if not already, motivated fans, not studios, but fans will be able to produce content that is as good or even better than what Hollywood used to make back in the 80s or 90s. Or even today. I actually do expect to see another amazing Predator movie or Dr. Who TV show someday, but they won’t be made by a bunch of incompetent SJWs in some big, corporate studio. They will instead be made by fans like you and me, who actually love and respect the source material and want to create new stories in those worlds rather than reboot them into something lame and unrecognizable. This is to say nothing about original content. Hollywood is terrified of creating original action, sci-fi, or fantasy movies / TV shows today, but fans will have no problem doing this. Some of it will suck, but a lot of it will be every bit as good as anything Hollywood can do. I have no idea when this will happen, but I know it’s just a matter of time.

I can’t wait o see it. Want to talk to other guys working on Alpha Male 2.0? Join the new Alpha 2.0 Forums HERE and/or join the Alpha 2.0 Facebook Group HERE. They are both FREE to join! I’m coming to a town near you in 2019 to do the least expensive Alpha Male 2.0 seminar I’ve ever done. I’ll be in 18 different cities in the USA, Australia, Canada, and Europe. If you want to come to a low-cost seminar to learn how to improve your financial and woman life, click HERE and get your tickets! The next cities coming up are Chicago, Detroit, Toronto, Ottawa, Boston, and New York! Alpha Male 2.0 World Tour 2019

Want over 35 hours of how-to podcasts on how to improve your woman life and financial life? Want to be able to coach with me twice a month? Want access to hours of technique-based video and audio? The SMIC Program is a monthly podcast and coaching program where you get access to massive amounts of exclusive, members-only Alpha 2.0 content as soon as you sign up, and you can cancel whenever you want. Click here for the details.
[vc_row_inner][vc_column_inner][vc_raw_html] JTNDYSUyMHRhcmdldCUzRCUyMl9ibGFuayUyMiUyMGhyZWYlM0QlMjJodHRwcyUzQSUyRiUyRmFscGhhbWFsZTIwLmthcnRyYS5jb20lMkZwYWdlJTJGcFU1ODMlMjIlM0UlMEElM0NpbWclMjBzcmMlM0QlMjIlMjBodHRwcyUzQSUyRiUyRmNhbGViam9uZXNibG9nLmNvbSUyRndwLWNvbnRlbnQlMkZ1cGxvYWRzJTJGMjAyMCUyRjA4JTJGVFVNLTcyOFg5MC0xLnBuZyUyMCUyMiUzRSUzQyUyRmElM0UlMEE=[/vc_raw_html][/vc_column_inner][/vc_row_inner]
This article was originally published on April 18, 2019

The Story of Jason »