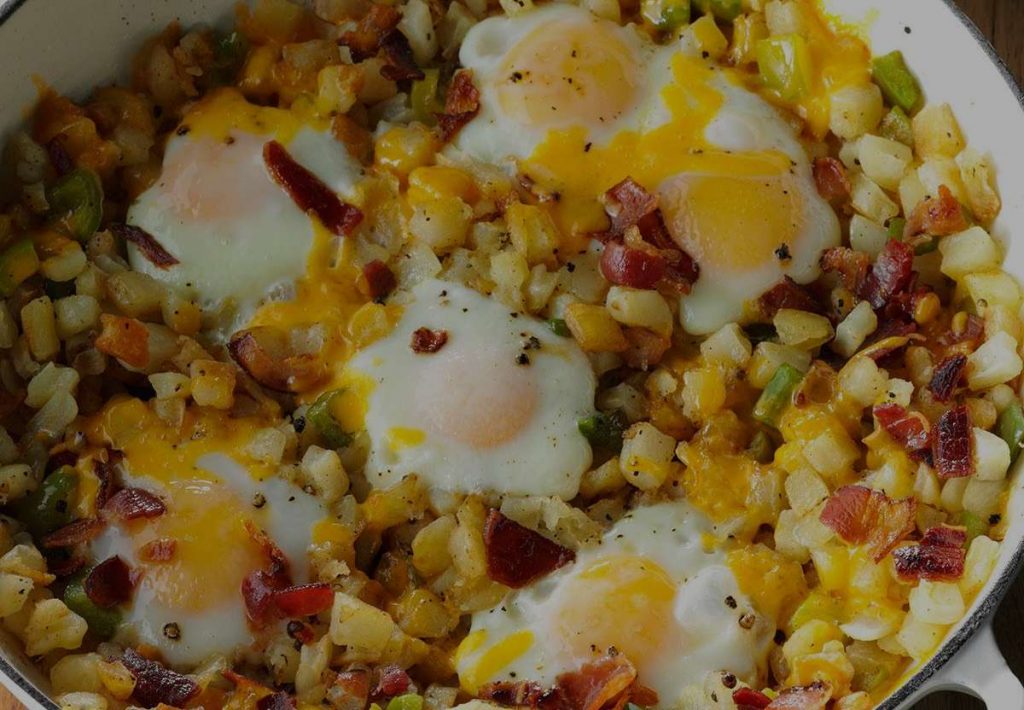 My late Christmas gift to you. I haven’t posted a recipe in many years. Recently three different guys mentioned my Blackdragon’s Kickass Chili recipe which reminded me that I have many other awesome-but-healthy recipes that you guys will really like.

Today I’ll give you my all-time favorite breakfast recipe. I have eaten this for years and have spent years perfecting it. Every time I make it for someone they beg for more. It’s god mode food. It’s spicy, which is awesome. It merges all the best flavors of breakfast, at least in my opinion.

There are two versions of it: a standard, yummy-but-bad-for-you version and a much healthier keto version. They’re both great so I’ll present both of them here.

Blackdragon’s Kickass Country Breakfast – Bad for You but Awesome Version

Warning: this will make your kitchen smell like a greasy restaurant, which is awesome. 1. Heat an electric skillet or large frying pan over medium-high heat. Only use a skillet/pan that has a cover, because you’ll need it. Add the sausage and cook, stirring to crumble, until browned, for about three minutes. Add the butter. When its fully melted, add the onions, bell peppers, one teaspoon of the Cajun seasoning, the hot sauce, salt, and pepper, and cook, stirring, until soft, which should take about four minutes. 2. Add the garlic and cook for 30 seconds. Add the potatoes (and additional butter if needed to prevent sticking) and cook, stirring, until lightly browned, which takes about four minutes. Add the parsley and chicken stock, stir well and bring to a boil. As soon as it starts boiling reduce the heat to very low and simmer until the potatoes are soft and stock is absorbed. This will take 10-13 minutes. 3. Use a spoon and make five indentations in the mixture, one at each point of the compass and one in the middle then crack an egg into each. Cover and cook until the eggs are set but just a little runny, about four minutes. Sprinkle the eggs with the remaining ½ teaspoon of the Cajun seasoning, then cover the entire thing with the cheese. 4. Re-cover the skillet for about 60 seconds, just enough to melt the cheese. Remove from heat and serve.

You can eat it with a fork or a spoon, or place it inside tortillas and make breakfast burritos, or serve it on toast. It’s amazing regardless. I usually just eat it with a spoon.

If you’re more health-conscious, here’s a much healthier version:

Take the above recipe and make the following changes:

The directions are the same except you skip the part with the potato.

Once you eat this stuff (either version), you’ll be amazed at how good it tastes. If you fall in love with it like I did, feel free to experiment with different ingredients to optimize it to your tastes.

This article was originally published on December 26, 2019