When Are You An Adult? 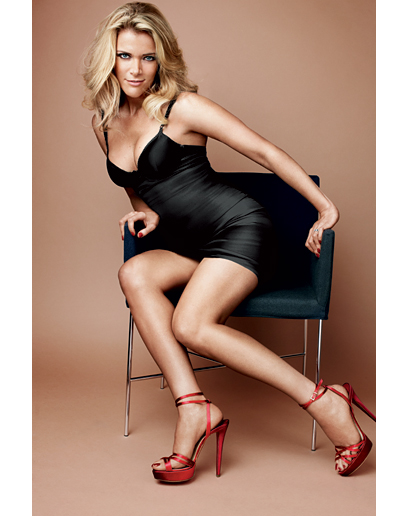 When Are You An Adult?

Rant ahead.  You have been warned.

Want to watch something really amazing?  Want to see how insidious and irrational societal programming is?

Okay!  Take four minutes, and go watch the Bill O'Reilly video here.  You can stop watching at 4:30 (once they start talking about the abortion doctor).

Go watch it right now and come back.  You won't understand the rest of this post if you don't watch it.

So a creepy 40 year old pedophile-looking guy moves in with his 18 year old former high school student.  Evidence shows that they were fucking when she was 17, which I'm sure they were, which of course is illegal in most states including California where this all occurred.  (I'll give you my opinion on this story at the end of this post, because this post is actually not about their relationship.)  Of course, both Fox News regulars Bill O'Reilly and Megyn Kelly are appalled, disgusted and furious.  The fact she was only 17 is disgusting to them, because clearly 17 year olds don't know what the fuck they're doing.  Right?  They actually say and imply that in the video more than once.

Then...oh this was amazing to watch... a mere five seconds later they talk about a 17 year old boy who shot three fellow students and how horrible it is he's not being tried as an adult(!).  Because after all, a 17 year olds clearly know exactly what they're doing.  They say that in the video too...all within the time span of about 40 seconds.

Sweet mother fucker!  WHICH ONE IS IT YOU PSYCHOTIC HYPOCRITICAL BASTARDS?  YOU CAN'T HAVE IT BOTH WAYS!

The law is the law and should not be changed based on the gender of the perpetrator or victim, nor should it change based on your emotional whims which vary based on the situation.  A 17 year old is either an adult or a child.  ONE OR THE OTHER.  Legally speaking, you cannot and should not say a 17 year old is a fully aware adult in one situation and a completely ignorant child in another.  If you DO say that, than you must say that about all adults of all ages.

I'm sure you know people in their 30's or 40's who act like rational adults in one area of their lives and complete stupid children in other areas.  Here's the question: Does that mean the law should treat that 37 year old person as a legal child who has no idea what they're doing simply because they sometimes behave really stupidly?  Another question: Should the law treat that 37 year old as a legal adult in one area but as a minor child in another?

Do either one of those sound like a good idea to you?

Do you see my point?

Let me pause for a minute to be clear about my position on the older teacher / younger student story.  The guy looks like a fuckin' perv to me.  I'm all for older men and younger women, of course.  God bless.  However I am against A) men fucking women who are legally underage and B) high school teachers fucking their students.  One of the few areas I agree with social conservatives on this issue is that high school teachers are indeed in a position of authority over their teenage students, and I'm against older teachers OF ANY GENDER having sex with young students OF ANY GENDER.

I also think this guy is an idiot for moving in with an 18 year old girl that fast and expecting it to all work out, especially considering the fact he's already married with kids and the fact the girl's mom wants his balls on a platter.  And will probably get it.  Good god.  Fuckin' drama central over at that guy's house.  He's got issues to say the least.  Shit, say what you want about him, at least Doug Hutchison did it carefully, by the numbers (pun intended), and with without drama.

Back to my original point.  The now 18 year old girl isn't worshiping this dumbass because she's "a child" or "a minor". Acting stupid or needy isn't illegal.  Nor should it be.

This is why the age issue in western society is so painfully fucked up.  We just don't know what to do with our elder teenagers.  Ask the typical person if a 17 or 18 year old is an adult, and they narrow their eyes and say "it depends." I'm sorry folks, that's not how it works.  You're either a legal adult or you're not.  You can either have sex like an adult or not.  You can either be held to account for your crimes like an adult or not.  Also remember that being a legal adult does not mean you are smart, independent, or responsible.  It just means you're a legal adult.  Most legal adults well over the age of 18 lack those qualities!  That doesn't make them legal children! They're still legal adults god dammit!

Oh, this video is so indicative of the wishy-washy way treat older teenagers.

If a person is over whatever age you deem is an adult (and we can debate what the age should be another time), then god dammit, they're an adult, period.  They should be able to drive cars, serve in the military, consume alcohol, have consensual sex with other adults, smoke cigarettes, sign legal contacts, and do these things as much as they like without your bullshit on trying to bend the laws to stop them from doing these things.  If you don't like it, lower the legal age of adulthood and then shut up.

If a person is under whatever age you deem is an adult, then god dammit, they're a child, period.  Not only should they not be allowed to have sexual relations or drink vodka, they also should not be tried "as an adult" for the crimes they commit.

YOU CAN'T HAVE IT BOTH WAYS.

The only other option that would make sense is to radically alter the legal definition for the words "adult", "child", and "minor".  Perhaps having a third category called "legal adolescent" might be a possible answer.  Whatever.  I'd be willing to work with you on creative solutions, but as long as you have the legal adult / legal child concept going, then god dammit, you'd better be consistent with it and stop being an irrational hypocrite.

In both cases, Bill and Megyn were trying to subvert and change the law to match their emotional whims based on the actions of two 17 year olds.  The truly sad part is millions of irrational hypocrites out there agree with them.  God I love false, irrational societal programming.  Not.

Just to be fair, although I disagree with almost every political opinion that comes out of Bill O'Reilly's mouth, I love him as an interviewer.  He's best there is, and I mean that.  There's a reason he kills everyone else in the ratings...it's because he's good.  I watch him just as much as I watch the Young Turks (whom I also respect a great deal while disagreeing with most of what they say).

That video should burn into your brain how stupid, irrational, and downright schizophrenic society is about the issue of age.  Wow.

My head is still spinning from the No Spin Zone.

This article was originally published on March 4, 2012

The Women Who Will »