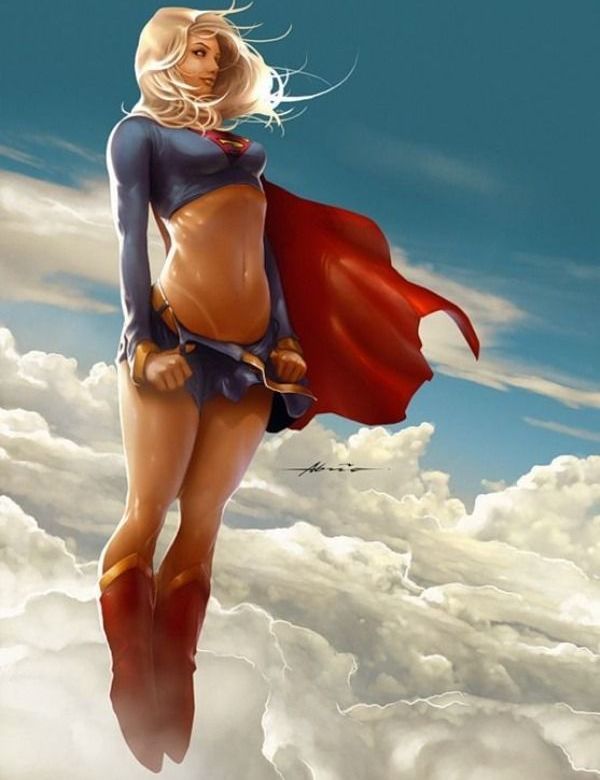 Listen to Audio Version
Download PDF Version
Listen to Extended Audio Content
Does she become this because of your own beliefs?

Over the last several years now I have talked to hundreds of men regarding dating, seduction and relationships, either in person, over email, over phone or Skype, or on forums. In that time I've come to discover that men tend to lock themselves into one of four levels of belief regarding women, in ascending order of desirability.  Once they establish one of these "belief levels", that belief formulates most or all of the assumptions they make about women in their lives and drives much of their behaviors when it comes to meeting women, dating, sex, and relationships.

Here are the four levels of belief men tend to assume, in ascending order starting with the worst.

Level One: "Finding a woman who will have sex with me is difficult and takes lots of time and effort."

This is the belief structure of most men.  It's the standard AFC belief.  I'm not that attractive.  Women don't like me. Getting laid is hard.  Getting laid is very time consuming and a lot of work. If I do get laid, I need to cling to her like there's no tomorrow, or else it will be months (if not years!) before I can find another woman who will have sex with me again.

This is a horrible belief for obvious reasons. It causes a huge amount of angst and drama in men's lives. It's conducive to long sexual dry spells and oneitis when men do finally get laid. What makes it all worse is the majority of men who believe it are completely wrong about it.  Yes, there are some hopeless disgusting losers out there, but that's the minority. Most AFCs / beta males can man-up and become attractive to women if they spend a little time working on themselves.

Level Two: "I can get laid easily, but not with hot girls."

The next level up. Some guys are out there can (more or less) meet, lay, and get into relationships with women whenever needed.  Trouble is, these women are almost always a 6 or less on the 1 to 10 hotness scale, by these men's own admission.  The women they end up with tend to be homely looking and/or overweight.

These guys will only fuck 7s at best.  Once they start talking to a woman who is a high 7 or above, they start freezing up, getting nervous, feeling uncomfortable, or start thinking self-destructive thoughts.  "Hot chicks" are, in their minds, unavailable to them.  They're "harder to lay".

I've talked to a lot of guys like this, and I have found that the cause of this belief is either low self-esteem or habit.  Low self-esteem is the obvious one, but I've met my fair share of men who actually get into the habit of fucking mediocre-looking women even when they reach confidence and skill levels where they can be dating 8s or 9s.  They can fuck hotter women, but they've established a comfort zone of being with the mediocres, so there they stay.

Level Three: "I can fuck anyone, but quality women are really hard to find."

Level three is way, way better than levels one or two, but it's still problematic.

Oh lord.  This is a big one.  This belief is one I see on the forums and in my email a lot.  There are a lot of guys out there who can get laid (more or less) whenever they need to, and they can be very attractive women, but these men are under the impression that most women they have sex with are not "quality".

"Yeah, she might be hot," they say, "But she's dumb / immature / slutty / irresponsible / shallow / doesn't like sports / not as cool as my ex-girlfriend / too picky / doesn't have a college degree / ."  I've already written an entire post about how you should not screen women, but instead categorize them, and this belief drives much of that "screening for Disney" behavior.  This belief also explains that guy who is really good at meeting women, laying women, dating women, but then falls hard for that "one girl" who is Not Like The Rest™ and suddenly gets hardcore oneitis and proceeds to beta himself, to the surprise of everyone who knows him.

"It's easy to get laid, but finding a woman of quality, those are rare."

Level three is tricky.  Guys who are stuck in levels one or two will often admit that they are probably wrong and probably should change their thinking, but guys in level three will often strongly defend themselves and justify their belief. If I tell them they have a scarcity mentality they will either deny it, or worse, will proudly defend it: "Well...yeah!  I guess I do!"

Now look. Of course low-quality and mid-quality women outnumber high-quality women, but that doesn't mean high quality women are rare. Even if we arbitrarily say that only 10% of women are "quality", that's likely still millions of women within easy driving distance of your home. I could write an entire blog post on the topic of "quality women", and maybe I should, but level three is not where you want to be...not if you want long-term happiness.

Level Four: "I can fuck anyone, and quality women are common in my sphere."

This belief is the realm of the Alpha male.  I myself started out at level three a long time ago and finally "graduated" to level four several years ago, when I saw the sheer number of women from my online first dates who were very hot, very smart, and very cool who all wanted to date me...and this was years ago when my skill level with women was a small fraction of what it is now.

I was reasonably confident and outcome independent back then, but my skill set was dreadful; I did everything wrong; and still there were hordes of women, quality women, who were at least "interested". Those initial few months right after my divorce years ago, when I started hitting the online dating hard, with the hotness and quality of women staggering...those months really opened my eyes to what was possible. I could not believe the "fog" that level three had been causing me for so long.

When you adopt a level four belief, and see real results from it, that you can sleep with just about any woman out there you want and you can always find another women of high quality (however you define quality; every man has a different definition), trust me, it's a game-changer. You will suddenly start to look at everything differently...things like dating, sex, monogamy, relationships, traditional marriage, gender roles, all of these things will take on a brand new light for you. The world will suddenly become a much brighter, more satisfying, more exciting place.

It's my hope that every man will someday reach this level of belief.

Sadly only a few will.

This article was originally published on May 6, 2012

Pussy Whipped – Why You Allow It »