The Five Stages of Fear 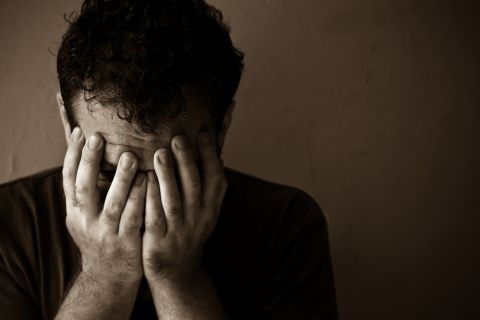 The Five Stages of Fear

Today is one of the more "important posts I've ever written". If you get what I'm about to describe, it can and will change your life for the better. It certainly has mine. You've probably heard about the five stages of grief, but learning the five stages of fear is much more useful and applicable to your life on a regular basis.

Listen to Audio Version
Download PDF Version
Listen to Extended Audio Content
These five stages can be applied to any part of your life, but they are particularly relevant here in terms of meeting and dating women, as well as the financial side of your life.

Here they are, listed in descending order.

Actualization is the absence of fear. During stage five, you are happy, cheerful, and confident. You honestly feel like your life is moving in exactly the direction you want. Stage five is a great place to be...if you can get there.

(Just to be clear, that's coping as in "cope", not "cop".) During the coping stage, you have real problems, but you're dealing with them. Most importantly, you know you can deal with them.

You're not as happy as you were in stage five, but you do have your problems under control. You look forward to the day when they are resolved, which you know they will be. You consider your problems nothing more than a temporary annoyance.

Now things are starting to get bad. During stage three, you're really struggling. You're being dragged down by stress, fear, and serious frustration. Sometimes during the striving phase you're successful at dealing with your problems, but often you're not.
The body seriously depletes vitamin B during stage three. You're often a bundle of nerves, and your overall level of energy drops. Everything becomes a huge effort for you.

This is when your problems become so overwhelming you start to consciously avoid them. You wake up and just want to go back to sleep. You start inventing reasons to be unavailable. You spend more time wasting time (TV, video games, drinking, etc). Everything starts to slide in your life and get worse. Your body starts getting sick and manifesting other health issues just to avoid your problems. Due to this avoidance behavior, your problems not only grow, but also multiply like fast-growing weeds in a garden. During stage two, you've pretty much given up. Your problems have "won".

In stage one, your problems are so significant that you are blindingly striking out emotionally at people. Your ability to think rationally is completely gone. You're now an animal. You're yelling, screaming, threatening, attacking, or crying. You've lost it. There's no reasoning with you. You look and act insane, and you don't care. All you want to do is be mad and lash out.

Reading through the above stages, you probably placed yourself into one of them pretty fast. You read a stage and immediately said, "Yep, that's me."  That's usually how the five stages work. Since fear is created by problems, and since problems are such a consistent and all-encompassing force in our lives, you will usually find that your given stage describes your life as a whole.

However, sometimes the five stages of fear are isolated within certain areas of your life. Using myself as an example, I'm at stage five in terms of women, family, and overall happiness. I'm at the upper edge of stage four in terms of my business and financial goals. Not too shabby. Yet I often drop down into stage three with my physical fitness.
So on the overall, I'm doing pretty well. Yet if you segment things out, there is still at least one area of my life that I consider to be in the "lower stages" (i.e. stages three through one).
This may describe you; some areas of your life that are experiencing upper level stages, other areas that are lacking.
[vc_row_inner][vc_column_inner][vc_raw_html] JTNDYSUyMHRhcmdldCUzRCUyMl9ibGFuayUyMiUyMGhyZWYlM0QlMjJodHRwcyUzQSUyRiUyRmFscGhhbWFsZTIwLmthcnRyYS5jb20lMkZwYWdlJTJGcFU1ODMlMjIlM0UlMEElM0NpbWclMjBzcmMlM0QlMjIlMjBodHRwcyUzQSUyRiUyRmNhbGViam9uZXNibG9nLmNvbSUyRndwLWNvbnRlbnQlMkZ1cGxvYWRzJTJGMjAyMCUyRjA4JTJGVFVNLTcyOFg5MC0xLnBuZyUyMCUyMiUzRSUzQyUyRmElM0UlMEE=[/vc_raw_html][/vc_column_inner][/vc_row_inner]
It's also helpful to remember the psychological theory, one I completely agree with, that all negative emotions are derived from fear. Think about it. If you're mad, if you get to the core of that feeling, you're actually scared. If you're sad, it's usually because you fear loss. Same goes for jealousy. Even if you're frustrated, it's likely because you fear that your life isn't going the way it should.

One great exercise for you more emotional types is, whenever you're experiencing a negative emotion, ask yourself these two questions:

"What am I afraid of?"
and
"Is it really that big of a deal?"
I've written a lot (most of it still unpublished, part of the book) about jealousy management. Much of jealousy management is simply asking those two questions. Let's say you're married, and you know for a fact she loves you, but you find out she's had sex with another guy. Let's also assume that a condom was used when this happened.

Whether she's cheating on you or you're in an open OLTR marriage is irrelevant...you feel jealous, at least a little. Biologically, irrationally, and very inaccurately, you feel threatened, hurt, disrespected, and possibly even insulted.

But then you ask, "What am I afraid of?" Remember, you know she truly loves you. So is she going to leave you and run away with this guy? Let's also assume this guy is a pussy beta or an angry Needy Alpha (which I can tell you from vast personal experience is indeed the case 99% of the time). The odds of her actually leaving you are now even lower. Where then, is the threat?

Then you ask "Is it really a big deal?" Your feelings might be a big deal to you at the moment, but in the grand scheme of things, this thing barely matters. She loves you, she had sex with some other dumbass, no one got an STD, and she's still with you. It's not nearly as bad as your first emotional reaction falsely indicated. Emotions are great, but they are often very inaccurate gauges of reality, and the more negative they are, the more this tends to be true.

Lastly, the more emotional your personality is, the easier it is to drop down in to lower stages. Some of this is unavoidable. It's very difficult for very emotional people to be happy all the time even if everything in their lives is perfect. (I have strongly argued that these kinds of people actually like being upset/fearful/jealous/sad sometimes, but that's a debate for another time.)

The Deadliest Stage
Here's the interesting thing. Most people can avoid stage one. No one wants the social rejection from looking like a psychopath all the time, so most people do indeed do enough to stay out of panic mode.

It's actually stage two that's the deadliest stage, and the stage that causes the most problems. If you look back on your life and identify the worst problems you've ever had, it's likely because you spent too much time in stage two. (Though it's also possible stage one has screwed things up in your past as well.)

This is definitely true with me. I don't think I've ever been in stage one, and I've lived a pretty good life. However every major life problem I've ever had, and I mean every single one, was because I allowed myself to wallow in stage two.
Stage two is very human...in a bad way. We all have a natural tendency to do nothing when the pressure is high. There are people out there who literally live their entire lives in stage two, occasionally bouncing up to stage three for brief periods. I've been in relationships with women like this and have worked with men like this. It's painful to watch.

One of the greatest skills in life you must master is to train yourself to overcome your natural tendency to do nothing in a crisis, and act to fix it instead. This can be hard, especially if the crisis seems too big, or if the crisis is in a life area you're not very skilled in. You must train yourself to do this nonetheless.
You'll never be perfect at it. I'm certainly not. But if you get decent at this, you'll find that there will never be a problem "too big" for you.

The Goal
Your endgame goal is to get your overall life into at least the upper echelons of stage four, and then never drop below that. One could argue that being in stage five is a bad place to be, since if you have no problems there is no growth (the "comfort zone"). I agree with the gist of this argument but not the practicality. The ideal life is one where you are happy all the time, but at the same time are pursuing challenging goals that excite you. You're happy, motivated, hard-working, but there is no real fear. Sounds good to me.

Want over 35 hours of how-to podcasts on how to improve your woman life and financial life? Want to be able to coach with me twice a month? Want access to hours of technique-based video and audio? The SMIC Program is a monthly podcast and coaching program where you get access to massive amounts of exclusive, members-only Alpha 2.0 content as soon as you sign up, and you can cancel whenever you want. Click here for the details.
[vc_row_inner][vc_column_inner][vc_raw_html] JTNDYSUyMHRhcmdldCUzRCUyMl9ibGFuayUyMiUyMGhyZWYlM0QlMjJodHRwcyUzQSUyRiUyRmFscGhhbWFsZTIwLmthcnRyYS5jb20lMkZwYWdlJTJGcFU1ODMlMjIlM0UlMEElM0NpbWclMjBzcmMlM0QlMjIlMjBodHRwcyUzQSUyRiUyRmNhbGViam9uZXNibG9nLmNvbSUyRndwLWNvbnRlbnQlMkZ1cGxvYWRzJTJGMjAyMCUyRjA4JTJGVFVNLTcyOFg5MC0xLnBuZyUyMCUyMiUzRSUzQyUyRmElM0UlMEE=[/vc_raw_html][/vc_column_inner][/vc_row_inner]
This article was originally published on October 5, 2013

« Women Get BORED With Their Monogamous Men – Even More Scientific Proof