What The Word “Commitment” Really Means 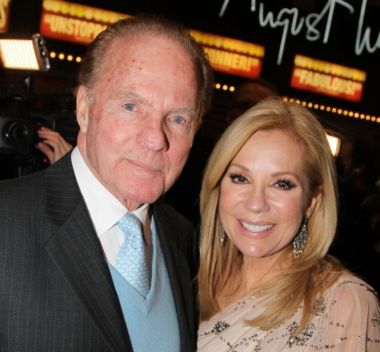 What The Word “Commitment” Really Means

This, of course, is very bad, and the exact opposite of the Alpha Male 2.0 model I discuss so often here. The Alpha Male 2.0 desires long-term, consistent happiness. If a condition in his life changes to make him unhappy, he will reconfigure the condition so he is happy again. If for some reason he can't do that due to circumstances beyond his control, he will remove himself from that condition. He will not keep sitting around for years and years while suffering unhappiness. That path is for betas and some Alpha 1.0s.

People who follow Societal Programming often try to do the exact opposite of the Alpha 2.0. If they get married (for example) and the marriage beings to make them unhappy for whatever reason, they will try to "fix" it, but if they can't, they will try to "stick it out," regardless of how unhappy it makes them. Yes, eventually most of these people get divorced anyway, but only after years and years of needless pain, and those are just the people who get divorced. A 64% real divorce rate means there 36% of people who stay marred forever even when the marriage really sucks. I'm sure you know plenty of older people in this category. I certainly do.

Prior to the 1970s when divorce was either frowned upon or not allowed, this is what many (if not most!) marriages were. They were a mini-prisons where men and women "stuck" with the person they married to whether they liked the person or not, or liked the marriage or not. This mini-prison was (and still is) celebrated, particularly among religious folks and right-wing conservatives. Happiness is not the priority. The continuity of the marriage is. Unhappy with it? Tough shit. Way back when you were young and stupid you made a "commitment." So stay there and suffer. Forever.

Now let's get to something very interesting.
Below is an old Barbara Walters interview I spent a few years looking for. I'm amazed I actually found it. I saw it when it originally aired way back in 1992. I was only about 20 years old at the time, but even then the interview give me a strong, nagging feeling that turned out to be correct.

For those of you who don't know, Kathie Lee Gifford was a big star back in the 90s. She was a corny and perky talk show host on the Regis and Kathie Lee show. She was all over television and the news constantly and you could not avoid her if you tried. She had a big, publicized, Disney marriage to NFL sportscaster and former football player Frank Gifford, a man 23 years older. Never mind the fact that Kathie had already been married once before, Frank had been married twice before, and liked to have sex with married women, including Johnny Carson's wife.
[vc_row_inner][vc_column_inner][vc_raw_html] JTNDYSUyMHRhcmdldCUzRCUyMl9ibGFuayUyMiUyMGhyZWYlM0QlMjJodHRwcyUzQSUyRiUyRmFscGhhbWFsZTIwLmthcnRyYS5jb20lMkZwYWdlJTJGcFU1ODMlMjIlM0UlMEElM0NpbWclMjBzcmMlM0QlMjIlMjBodHRwcyUzQSUyRiUyRmNhbGViam9uZXNibG9nLmNvbSUyRndwLWNvbnRlbnQlMkZ1cGxvYWRzJTJGMjAyMCUyRjA4JTJGVFVNLTcyOFg5MC0xLnBuZyUyMCUyMiUzRSUzQyUyRmElM0UlMEE=[/vc_raw_html][/vc_column_inner][/vc_row_inner]
The video below was filmed after they had been married for six years and had one child. Take a minute and watch it from 2:27 to 6:30 (or watch the entire thing if you like). Pay attention to the awkward body language when Frank talks about being forced to have more kids even though he didn't want any, then about how his marriage isn't fun any more since the NRE died, and how great it was when they were first married. Also pay attention to Kathie's body language as he relaying all this.

Man, so much good stuff in this video. As I said, I picked up on it back when I was just 20 and really see it with clearer eyes 20 years later.

1. When Barbara Walters asks Frank if he wants another child, he pauses, and says, "I know she does." Yikes. Then Kathie starts crying. "That's her decision," he continues.

2. Barbara asks when the best time in their marriage was, she says, "I assume it's now, right?" Both Kathie and Frank have a very awkward moment, and pause, unable to know what to say. See, now their marriage sucks, or is at least troublesome or boring. Kathie then says that if Frank was being honest, he would say the best time was the first year or two of the marriage, which of course is true. New-marriage NRE is fantastic, and monogamy can be very enjoyable for the first two or three years. After three years...that's when the happiness begins to end.

That's the fun part. That's the part everyone wants. The problem is that's just the first two years or so. The rest of the marriage, the other 45 years, sucks ass. Getting married is wonderful and exciting. Being married (past the first three years) is a huge amount of work, very little results for massive sacrifices, and quite boring. When single people fantasize about marriage, 100% of that fantasy is shit that's going to be over with within the first two or three years. No single guy fantasizes with joy about someday trying to have sex with his frigid, overweight wife of 17 years, just like no single woman fantasizes with excitement about arguing about the checkbook or cleaning her husband's poop-stained underwear for the next 40 years of her life. Yet that's exactly what a "successful" marriage is, not the honeymoon or the wedding.

3. Frank complains (though in a nice, plastic interview style) that he wanted Kathie to stop working. You can tell he clearly still wants her to stop working. Then he says, "That's something you want when you're wildly and crazy in love," the implication being that he's no longer wildly and crazy in love. No, now he's past the three-year mark in his marriage (they were married in 1986 and it's now 1992, so it's been six years), and now the boring, long slog of traditional monogamous marriage begins. It's not fun or exciting anymore.

4. When Barbara asks how he likes it now that Kathie is doing "everything," such as a show, a book, public appearances, a dress line, etc, he replies, "I don't like it, just like her having a baby." Ouch. Does he sound happy?

5. Kathie retorts that she's trying to "fulfill the commitments I made before I was pregnant." Ah, there's that word again. Commitment. Watch Frank's body language (a big doubting smile) as she says this. Barbara then asks, "Do we all believe her?"
Frank answers, "No."

I sat there back in 1992, a no-nothing 20 year-old kid, watching this interview, and I remember thinking to myself, "This marriage is headed for a big fall. This guy hates being married to this woman. He's having kids he doesn't want and is married to a woman who happy doing all kind of crap he doesn't want her to do. This is not a happy marriage. He hates it, she dosn't give a shit, and these two people are screwed."
[vc_row_inner][vc_column_inner][vc_raw_html] JTNDYSUyMHRhcmdldCUzRCUyMl9ibGFuayUyMiUyMGhyZWYlM0QlMjJodHRwcyUzQSUyRiUyRmFscGhhbWFsZTIwLmthcnRyYS5jb20lMkZwYWdlJTJGcFU1ODMlMjIlM0UlMEElM0NpbWclMjBzcmMlM0QlMjIlMjBodHRwcyUzQSUyRiUyRmNhbGViam9uZXNibG9nLmNvbSUyRndwLWNvbnRlbnQlMkZ1cGxvYWRzJTJGMjAyMCUyRjA4JTJGVFVNLTcyOFg5MC0xLnBuZyUyMCUyMiUzRSUzQyUyRmElM0UlMEE=[/vc_raw_html][/vc_column_inner][/vc_row_inner]
Well, I was right. Those of you my age and live in the US already know the rest of the story. Kathie had another baby a year after this interview, despite the fact Frank clearly didn't want any more kids.
(By the way, let's have a man moment. If you're interested, that baby, Cassidy Gifford, grew up to look like this:)
Alrightee.

But that's not the end of the story. Just four years after that, Frank Gifford was caught on videotape having sex with a flight attendant in a seedy motel. She was actually paid money by a tabloid to lure Frank into sex. Since Frank was in a shitty, soul-sucking marriage, she succeeded quite easily.

It was a huge tabloid scandal for a long time. This wonderful perfect Disney marriage! Soiled! Kathie was shocked, shocked! She was humiliated. Everyone said Frank was an Evil Asshole™. Kathie kicked Frank out of course, and everyone supported her. You go girl!

I remember thinking, "Why is this such a surprise to everyone? Didn't anyone see that interview back in 1992?"
Yet, after about a year or so, Kathie shocked everyone by "accepting him back" for the "good of the kids" and the "commitment we made together."

Commitment. There's that word again.
Kathie and Frank then both retreated from the spotlight. Probably a good idea.
Guess what? Kathie and Frank are still together today. A 28 year marriage! Wow! What an accomplishment! Great job, guys!
Is it a successful marriage? Societal Programming would say absolutely yes. People into "commitment" would certainly say yes. But reality would say no. Frank was a high sex drive Alpha Male who cheated at least once that we know of, which means there were likely many others.

Is a marriage "successful" when it isn't even monogamous because one or both spouses are cheating?
Is a marriage "successful" when one person (or maybe both people) are in it not because they want to be in it, but because they feel trapped because of their age, social standing, or other factors?
That's not all. As you can tell from the photo at the top of this post, today Frank's a very old man (84), locked into a marriage that, for a long time at least, he really didn't like. Kathie is still married to a man who cheated on her and humiliated her. Since 1997, whenever anyone heard their names or saw their pictures, all they remembered was Frank doing that big-breasted stewardess in that cheap hotel, and Kathie knows it.

No no no, don't look at any of that stuff. Just look at the fact that they never got divorced. No divorce automatically equals successful marriage. But does it? Really?

Want over 35 hours of how-to podcasts on how to improve your woman life and financial life? Want to be able to coach with me twice a month? Want access to hours of technique-based video and audio? The SMIC Program is a monthly podcast and coaching program where you get access to massive amounts of exclusive, members-only Alpha 2.0 content as soon as you sign up, and you can cancel whenever you want. Click here for the details.
This article was originally published on December 28, 2014

« Discomfort Creates Motivation, But Only If You Let It

Everything In Your Life Is Your Fault »