Resisting Your Biology – Good or Bad? 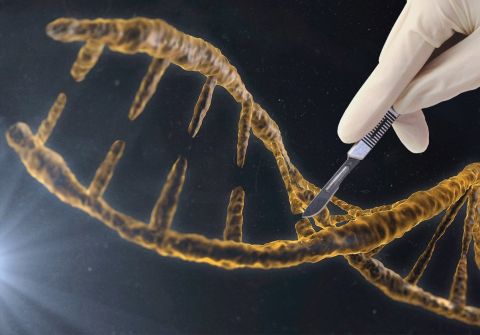 Resisting Your Biology – Good or Bad?

In a recent post about Societal Programming and Obsolete Biological Wiring, Edlm asked a very interesting question in the comments:

Outdated biology is still a part of biology. As you have wrote many a times that people can’t deny biology long term without dysfunction (drama) arising. Care to square this circle?

This is a great question and an important aspect that ties into so much of what I talk about here.

Edlm is correct in that I have pointed out, numerous times and with numerous examples, that resisting your own biology is harmful and creates dysfunction. A few examples of this I’ve discussed over the past several years are:

1. People who commit to long-term monogamy damage themselves by resisting their biology that has wired human beings to have sex with multiple people. In one of my podcasts, I compared the need to have sex with someone other than your long-term partner with the compulsion of going to the bathroom. You can’t promise someone you’ll never have sex with anyone for the rest of your life, just like you can’t promise someone you’ll never take a piss for the rest of your life. In the end, biology always wins.

2. Similarly, people like hardcore PUAs, players, and men who exclusively have sex with escorts or sugar babies all damage themselves by resisting their biology that has wired all of us to pair-bond (at least temporarily) with one special person .

3. People who practice to celibacy, such as Catholic priests, long-term virgins, some jaded women over 33, and anti-sex MGTOWs all damage themselves by resisting their biology that has wired us to desire sexual contact with other human beings. Priests end up molesting little boys. MGTOWs, older virgins, and sexless jaded women end up getting depressed at best, turn to drugs, alcohol, or violence at worst.

I could fill the next several pages with examples of what happens when people deny their biology, and not just with sexual matters but with other biological aspects (diet, solitude, alcohol, etc), and you probably could too. Resisting your core biology is never a good idea (unless you are a very bizarre exception to the rule; as always those do exist). This is regardless of what you have been raised to believe is right, moral, correct, mature, or best for society. You will eventually, not immediately, but eventually end up in a dysfunctional scenario that causes you all kinds of problems.

The snag comes with what I’ve always called OBW, or Obsolete Biological Wiring. I’ve discussed exactly what that is in great detail in my book and at this blog. The bottom line is that you are compelled by your outdated biology to do things that make no sense in the 21st century, a world where:

1. You don’t have to fear for your physical safety

2. You don’t have to worry about starving for lack of food

3. There are literally thousands of breeding-age women available for you to have sex with within a 10-20 minute drive from your house, the vast majority of whom won’t demand marriage or even monogamy in order to have sex with you.

4. You can have all the sex you want without worrying about pregnancy (as long as you take the proper precautions, which are not difficult).

5. DNA tests that cost as little as $20 can quickly tell if a baby is yours or not.

You already know this, but your biology doesn’t have any idea the above things are true. Your mind lives in the peaceful and advanced 21st century. But your biology lives in a very dark world where your safety is constantly threatened, both food and sexable women are extremely scarce commodities that must be horded and guarded at all times, where sex is extremely dangerous because a damn baby might pop out, and sexually monogamy is ultra-critical because you might end up unknowingly raising a kid that isn’t yours or have your kid stolen by his/her real biological father.

In other words, your biology is stupid as shit. It’s way, WAY outdated, and it’s worried about this crap for literally no reason.

In the book, I give the example of you seeing a text from another man on your girlfriend’s phone, and suddenly, for literally no reason, you’re upset, even though you rationally know she’s very loyal and trustworthy. Your mind is cool and calm, but your stupid OBW is screaming that this woman is one of only two or three young ones in your caveman tribe, so you must lock her away from other men, and punish her if she even talks to other men. GRRR!

So you get pissed off and disrupt your relationship for no damn reason, other than your sadly outdated biology.

This brings us back to Edlm’s question. Outdated biology is still biology, and you can’t resist your biology without eventual dysfunction, yet following your outdated biology is going to eventually cause problems for you as well. Shit! What is a guy to do?

Ensure you understand the difference between Obsolete ("bad") Biological Wiring, “neutral” biological wiring, and “good” biological wiring. Then, embrace the good, avoid the bad, manage the neutral. By embracing the good, you offset the negatives of avoiding the bad.

This is a little complicated so I'll take you through it step-by-step.

As a man, you have Obsolete Biological Wiring that makes you get angry if a woman you’re having sex with is flirting with, or certainly being touched by, another guy. What makes it obsolete is that there’s no reason for it any more in modern society. In a world of birth control, DNA tests, condoms, and literally thousands of other women in your town you can go get if this one doesn’t work out, it makes no sense to actually become angry or feel threatened if some douche is hitting on your girlfriend while the two of you are out at the club.

Your obsolete wiring A) serves no real purpose any more and B) only causes trouble for you. This means it’s bad. It means you need to work on ridding yourself of it as much as you can.

You also have biological wiring that forces you to take a piss a few times a day. Is this bad? Does it screw up your life? Not really. It might be a minor nuisance sometimes, but that’s about it. Is it good? Does it feel really good to take a piss? Again, not really. It’s just something you have to do.

This would be an example of “neutral” biological writing. It’s something you must do, but it doesn’t harm you or detract from your life like OBW does. So there’s no real need to worry about it.

Then there’s “good” biological wiring. I’ll give you the easiest example. As a man, you’re a honry horndog. You have a biological need to have sex with hot babes. Let’s evaluate this need.

Does it feel good to have sex? Hell yes! In my opinion, sex is the highest form of purely physical pleasure a human being can feel. The only thing that even comes close would be getting high on drugs or a really good massage (I’d still rather have sex). Even eating chocolate doesn’t come close to sex with someone you find really attractive (at least in my opinion; I realize this stuff can be subjective).

Does the biological need to have sex cause dysfunction? Only if it’s mismanaged. If you do something against your core biology, like get monogamous or become celibate, then yeah, your need for sex is going to eventually harm you. If you don’t have the balls to attract the kind of women you like, it also harms you. However, your ability to attract hot women is well within your control. Things like your appearance, level of game, confidence, income, what city you live in, how much time you focus on dating or seduction or sex, and what kinds of relationships you do and do not get into, are all things you can change or improve unless you're mentally retarded. I’ve written many articles on specifically that topic, including recently. Hit up the archive for more information on that.

In addition, the wonders of this modern world we live in will ensure that you don’t have any of the sexual problems that people in the distant past had to wrestle with, again, unless you’re very stupid (and that’s your fault).

Many years ago, I worked hard to improve my appearance, attitude, and game. I put serious time into getting good with women, getting laid, and nonmonogamous relationships. I took all the sexual precautions my modern world offered me. Today, I’ve had sex with more women than many times the average, yet I have near-zero drama, all the long-term companionship I want, all the sexual variety I want, I’m STD free, and I’ve never gotten a woman pregnant by accident.

I didn’t do this by avoiding my biology; instead I embraced my good biology while simultaneously avoiding my outdated biology.

As I’ve talked about at this blog many times, many of the women I’ve been in relationships with didn’t do this. They embraced their outdated biology and/or have dated or hooked up with men who did the same. FBs and MLTRs I’ve had have gotten pregnant by other men (men they barely knew or men they hated), or have gotten married and then divorced, or have gotten into “monogamous” relationships and proceeded to have massive jealousy and drama, and all kinds of other crap. They embraced the good biology and the bad biology instead of embracing just the good and staying the hell away from the bad.

Conversely, I have talked about women I know (and a few men) who have avoided all of their sexual biology, the good and the bad, and have sworn off sex and/or dating altogether, and have become depressed or jaded because of it. Not having sex is a bad idea.

Can you completely, 100% avoid all OBW? No, and I’ve said as much before. 100% perfect is impossible. But, you can reduce your OBW by 90% or more if you work at it hard enough and keep feeding your good biological wiring. If you want specific techniques on how to do this, get the book.

This article was originally published on April 21, 2016