HomeAlpha Male LifestyleIs It Better to Be a Beta?

Is It Better to Be a Beta? 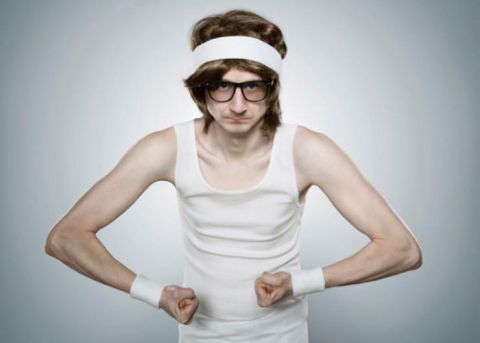 Is It Better to Be a Beta?

I’ve been purposely saving this article to make sure it was the first thing I published for the New Year. Hopefully, if you get what I’m trying to say today, it will help guide you to success for the rest of this year, and for Go Time specifically. The consensus on a blog like this is that, overall, it is better to be an Alpha Male than to be a beta male. This is even inclusive of the downsides that come along with being an Alpha.

Is this objectively true? Is it a factual statement that being Alpha is better than being beta? To answer that question, we need to dig into several layers.

Opinions vs. Facts
One of the biggest problems with discourse today is that most people don't understand the difference between facts and opinions. Often one “disagrees” with stated facts because they sound like opinions, when they’re actually verifiable facts. You can’t disagree with a fact. You can dislike a fact. A fact may make you very angry. But you can’t disagree with it.

If I state an opinion (“that car sucks”), you can disagree. There is no objective right or wrong answer. However, if I state a fact (“that car has four wheels”), you can't disagree with me. Well, I suppose you could, but if you’re seriously pointing at a car with four wheels and saying it has 17 instead, you would be behaving very stupidly or irrationally. At that point, in my view, the conversation is over, since clearly I’m talking to either a retard or a madman.

If you hated the fact that the car had four wheels, you could act as if you “disagreed” with me by getting upset with me, insulting me, saying I'm wrong but not backing up your statement with anything, attempting to change the subject, or playing games by trying to redefine the argument (“Well, what exactly do you mean by ‘wheels’ BD?”). This kind of thing happens all the time with people who try to debate me on the internet (and in real life too). Regardless, you don't actually disagree with me. You're just upset at hearing the fact I'm stating. There's a difference.

For example, if I say long-term monogamy doesn't work, I'm not stating an opinion even if it sounds like I am. I'm stating a fact. If you get long-term monogamous right now, the odds are off the chart that you'll eventually either cheat, get cheated on, and/or break up/get divorced, barring the extremely rare exception to the rule. The facts, statistics, history, and science all clearly show this. You can dislike that, and that’s fine, but you can't disagree with it, because you can't disagree with facts.

However, if I say short-term monogamy (serial monogamy) sucks, now I'm stating an opinion. You can disagree with that all you want, and bring up many points that defend your position that you think short-term, serial monogamy is a good thing for you. I can respond by stating the reasons why short-term monogamy is a bad thing for me, and perhaps people like me. I might sway you to my opinion, or I might not. In the end, you and I may just agree to disagree, and that's perfectly fine. We're talking about opinions, so there is no right or wrong.

Happy vs. Unhappy
Next, we need to define what “better” means when we say Alpha is better than beta. Once again, “better” is an opinion. My definition of “better” might be different than yours, or slightly different, or pretty much the same.To me, it's very straightforward. Better means happier. In my opinion, your primary goal in life is to be as happy as possible, as often as possible. My book and most of my content is about how men can live a life of long-term, consistent happiness (at least as much as possible). If you’re happy, and happy a lot, you win. If you’re unhappy (or bored, or just “eh, okay”), or like this on a semi-regular basis, you lose.

This is, of course, my opinion. If you’re a more right-wing, Alpha 1.0, manosphere type of guy, you probably think “better” means more in charge, or has more children, or has bigger muscles, or has a more loyal wife or girlfriend, or how religious one is, or something like that, regardless of how happy you are all the time.

If you’re a more left-wing, touchy-feely type, you might think “better” means who gets laid more, or who experiences love or feminine energy more, or who gets more respect from his peers on a PUA forum, or something like that, again, regardless of how happy you are all the time.Regardless, for better or for worse, this is my blog, written by me, and thus today I’m going to use my measuring stick of what “better” means. It would be this:
1. How happy a man generally is.
2. How rarely he experiences any type of unhappiness or boredom/“eh, okay” feelings, regardless of the reason.
Using this definition of “better” is being an Alpha better than being a beta?
Yes.
A beta will experience less happiness, or at least more unhappiness/boredom in a given span of time than an Alpha will. This is not my opinion, this is a fact.

Let’s compare two men, Beta 1 and Beta 2.
Beta 1 lives the typical beta male life and hates it. He makes a low or low-average income. He is married and monogamous to an overweight, Dominant, nonsexual wife who bosses him around endlessly. He has a decent amount of drama, but not mountains of it, since most of the time he just keeps his mouth shut and obeys quietly, preferring that rather than getting screamed at. He’s a nice guy who often fantasizes about living an exciting life like James Bond, but never has the courage or the balls to make any changes, because he knows his wife, or mom, or boss, or friends will yell at him. So he just shuts up, goes to work, takes the abuse life throws at him, bitches on the internet, tries to look forward to isolated moments of happiness which are rare, and puts up with life until he dies.

Beta 2 is a little different. He’s a beta, and so lives that same life. Like Beta 1, Beta 2 makes a low-average income, is monogamously married to a Dominant wife, and spends his life getting bossed around by her, his boss, his family, and various other external factors.
[vc_row_inner][vc_column_inner][vc_raw_html] JTNDYSUyMHRhcmdldCUzRCUyMl9ibGFuayUyMiUyMGhyZWYlM0QlMjJodHRwcyUzQSUyRiUyRmFscGhhbWFsZTIwLmthcnRyYS5jb20lMkZwYWdlJTJGcFU1ODMlMjIlM0UlMEElM0NpbWclMjBzcmMlM0QlMjIlMjBodHRwcyUzQSUyRiUyRmNhbGViam9uZXNibG9nLmNvbSUyRndwLWNvbnRlbnQlMkZ1cGxvYWRzJTJGMjAyMCUyRjA4JTJGVFVNLTcyOFg5MC0xLnBuZyUyMCUyMiUzRSUzQyUyRmElM0UlMEE=[/vc_raw_html][/vc_column_inner][/vc_row_inner]
Yet, unlike Beta 1, Beta 2 is self aware. Beta 2 knows exactly what he is and purposely chooses to accept who he is. Beta 1 has no idea who he is, and as a result, just sits around and resents the world.If Beta 1 ever met me, and we discussed the Alpha Male 2.0 lifestyle, he would (likely) look at me like I was crazy. He would accuse me of saying that it’s impossible, or he would insult me by calling me immature or selfish, or perhaps he would say that what I’m talking about is too risky and that I would end up in jail, bankrupt, with a STD, or some other problem he fears. Regardless of what he actually says, the entire conversation would be very upsetting to him.If Beta 2 ever met me and discussed these topics, his reaction would be quite different. He would say something like this:

“Yeah, that sounds great, but man, I would never do that. I wouldn’t like it. I’m honestly kind of a wimp. I need someone to tell me what to do. I would hate to be single, or nonmonogamous, or do something like start my own business. I prefer to be with a strong woman at all times, who takes care of me. Yeah, yeah, I know that makes me sound like a pussy, but hey, I kind of am. I agree it kind of sucks to not live a life like yours, and yeah, I complain about my life sometimes, but you know something? This is what I want.”

I’ve actually had a few beta males tell me things like this. Are they as happy as me? No. Will they ever be as happy as me? No, and they admit that. They’re not defensive and they’re acknowledging the facts. They are self aware enough to know who they are, who they are not, and most importantly, they are consciously choosing the limited life they live.

This is very different from Beta 1, who is not living consciously at all and is not self aware in the least. He just thinks life sucks and there’s nothing he can do about it. If anyone points out other options, he thinks they’re lying, or are at least doing something bad. He doesn’t know who he is and he’s confusing opinions with facts (which is a convenient way to escape self responsibility; left-wingers do this all the time). It’s exactly the same with Alpha Male 1.0s. There are Alpha 1.0s who are not self aware at all, and live in a simplistic, constantly irritating, black and white, me-strong-you-weak world. These men are certainly happier than betas, even self aware betas, but drama, conflict, anger, and bullshit are common, regular occurrences in their lives.

Then there are self-aware Alpha 1.0s who are a little different. I’ve had many Alpha 1.0s admit to me (almost always in private) that they will never be as happy as me and will have regular drama, conflict, and anger for the rest of their lives, but that they don’t really care. Happiness is not their primary goal. Controlling other people, saving society, imposing their will externally, and things like this are more important to them than their own personal happiness, and they admit this. They have sort of a martyr thing going on. So they choose, consciously, to live an Alpha 1.0 life, despite its downsides. Some of the men who have admitted this to me are names you would know if I said them publicly (which I will not).

In the case of both the self aware beta and the self aware Alpha 1.0, “better” might not matter. They may admit the facts of better vs. worse, but they may argue that the traits that make some other lifestyle better don’t matter to them. I, of course, think the Alpha 2.0 lifestyle is the greatest, or at least the “least bad” lifestyle that a modern day man can possibly live. I believe this very strongly and have mountains of facts behind me to back this up. I’m going to continue to endorse and push this lifestyle, in some form or fashion, until the day I die. I think all betas and Alpha 1.0s would indeed be happier if they lived a more Alpha 2.0 life.

However, as I’ve explained in detail before, only a small percentage of men informed of these concepts will ever choose to do this. There will be the betas and Alpha 1.0s who are not self aware, and will continue to be stupid, defensive, and irrational when presented with new ideas, as well as some of the self aware betas and Alpha 1.0s who will consciously choose to remain who and what they are, for their own reasons, regardless of better or happier.

Want over 35 hours of how-to podcasts on how to improve your woman life and financial life? Want to be able to coach with me twice a month? Want access to hours of technique-based video and audio? The SMIC Program is a monthly podcast and coaching program where you get access to massive amounts of exclusive, members-only Alpha 2.0 content as soon as you sign up, and you can cancel whenever you want. Click here for the details.
[vc_row_inner][vc_column_inner][vc_raw_html] JTNDYSUyMHRhcmdldCUzRCUyMl9ibGFuayUyMiUyMGhyZWYlM0QlMjJodHRwJTNBJTJGJTJGd3d3LmFscGhhbWFsZWJvb2suY29tJTIyJTNFJTBBJTNDaW1nJTIwc3JjJTNEJTIyaHR0cHMlM0ElMkYlMkZibGFja2RyYWdvbmJsb2cuY29tJTJGd3AtY29udGVudCUyRnVwbG9hZHMlMkYyMDIwJTJGMDMlMkZUVU0tMzM2WDI4MC0xLnBuZyUyMiUzRSUzQyUyRmElM0UlMEE=[/vc_raw_html][/vc_column_inner][/vc_row_inner]
This article was originally published on January 2, 2017