HomeMy LifeMy Opinion of the Hottest Female Celebrities… Sort Of

My Opinion of the Hottest Female Celebrities… Sort Of 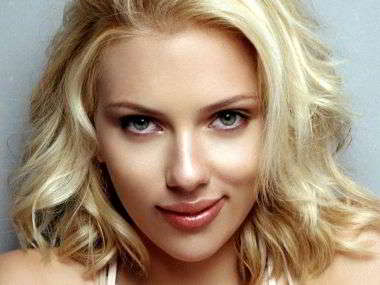 My Opinion of the Hottest Female Celebrities… Sort Of

We've had a lot of serious topics lately, so today I'm in the mood for something frivolous and entertaining. Six years ago I posted a list of who I thought, back then, were the hottest female celebrities. Since then, many of these women have either changed their appearance, not aged well, or in most cases, gained weight and are now fat (or close to it). Thus, that list is a little outdated.

One day, on a whim, I pulled out my phone and did some internet searches for female celebrities that I considered very attractive, both in the face and body, not just one or the other (which is what a lot of men tend to do). As long time readers know, I tend to prefer women who are trim but curvy, with big boobs, hips, and butts. Based on a recent survey we did at this very blog, most of you agree with me, which surprised me at the time, since Societal Programming tends to push men towards extremely skinny women.

It seems like most famous women these days fall into one of two categories, both of which are thoroughly unattractive to me:

1. Stick-skinny women who look like little girls from the neck up, and little boys from the neck down. Examples would be Ariana Grande, Miley Cyrus, Selina Gomez, and many others.

If you absolutely love women in either of those two categories, and think Ariana Grande or Sandra Bullock is just hot as balls, then that’s wonderful and I’m happy for you. I personally think 98% of the women in both of those categories are significantly less attractive than the women I have sex with on a regular basis. If I had an online first date with a woman who looked like that, in most cases I would probably pass (at least these days anyway; ten years ago I probably would have taken it). I’m serious.

So I couldn’t find ten women I thought were really hot. I couldn’t even find half that. Seriously. I had trouble finding five or six mainstream celebrity women I considered super hot. I enlisted Pink Firefly’s help, since she’s more up on the celebrity thing than I am, and we spent about 20 minutes looking on our phones for various female celebrities that I might consider super hot. I was able to find nine, and nine was pushing it, since even many of these nine I don’t consider “super” hot, but “very” hot. I’ll go through the list of nine right here, in no particular order, then I’ll cover the lesser-known women who I do consider “super” hot.

Elsa Pataky -
If you don’t recognize her, she’s been in the last several Fast and Furious movies (she was that Brazilian cop working with Dwayne Johnson). She’s also Chris Hemsworth’s wife. Her body is acceptable, nothing amazing, but her face is ultra-gorgeous. The first time I saw her I was very impressed, which is rare for me, since I don’t consider mainstream actresses very attractive. Elsa resembles Pink Firefly the most out of these women, because they share similar cheekbones. Very nice.

Scarlett Johansson -
She’s still got it; one of the few women who carried over from my original list. Perfect face, big lips, perfect, curvy body. I prefer brown eyes and hers are green, but I’ll let that slide. She’s one of my favorites on this list, probably in the top two.

Sofia Vergra -
Six years ago I said she was the hottest female mainstream celebrity in the world. Now at 44 years old (she’s my age!), she’s still either number one or a close number two under Scarlett Johansson. Ridiculous and amazing. All the pictures shown here are from 2016, just to show you how well some women can age. It’s almost hard to believe.

As I've said many times before, expect more and more women to look this good well into their 40's (and even 50's) as we continue to move into the future.

Emily Ratajkowski -
This is one of those too-skinny celebrity women, but she breaks away from the pack because she’s blessed with big tits despite her ultra-low body fat, as well as big lips. I actually find her more attractive when I see her in movies or videos rather than in photos, since I don’t think she’s very photogenic. (She was smokin’ hot in Gone Girl.) I’m not a big fan of her hair (she should be blonde), but I’ll let it slide.
[vc_row_inner][vc_column_inner][vc_raw_html] JTNDYSUyMHRhcmdldCUzRCUyMl9ibGFuayUyMiUyMGhyZWYlM0QlMjJodHRwcyUzQSUyRiUyRmFscGhhbWFsZTIwLmthcnRyYS5jb20lMkZwYWdlJTJGcFU1ODMlMjIlM0UlMEElM0NpbWclMjBzcmMlM0QlMjIlMjBodHRwcyUzQSUyRiUyRmNhbGViam9uZXNibG9nLmNvbSUyRndwLWNvbnRlbnQlMkZ1cGxvYWRzJTJGMjAyMCUyRjA4JTJGVFVNLTcyOFg5MC0xLnBuZyUyMCUyMiUzRSUzQyUyRmElM0UlMEE=[/vc_raw_html][/vc_column_inner][/vc_row_inner]
Elizabeth Olsen -
Before you say it, yeah, she barely qualifies for this list. And I mean barely. She’s too similar to the typical Hollywood skinny crowd. She’s actually somewhat plain-looking and her curves are average sized at best. However, Elizabeth Olsen has the best smile in the entire world. Seriously. Just look at this smiling face and tell me otherwise. When she smiles, I melt. So okay, she’s hot now. She just needs to keep smiling.

Salma Hayek -
This is another woman who barely qualifies for this list, but she was able to squeak in. At 50 friggin’ years old, she’s another miracle of ageing. (Non-white women always age better than the white girls.) Her entire body is pretty much perfect. I actually think her body is better now than when she was younger. The one issue I have is that she has a bit of a manjaw. I don’t like that term, and I think it’s overused, but in her case I think it’s accurate. Regardless, I’m not sure when her age will really start to show, but so far, she’s still amazing.

Emilia Clarke -
The best thing about the last Terminator movie was Emilia Clarke was in it (even though she was horribly miscast; she’s way too short to be Sarah Connor). God damn, she is so beautiful. Beautiful and hot, at the same time, which is hard to pull off. She also has an extremely feminine, cheerful personality whenever I see her in interviews, which is tremendously attractive. She’s my third favorite on this list behind Scarlett and Sofia.

Kate Upton -
She’s more body than face. Her face is good but not great, and she needs a little more hips, but her boobs and everything else is amazing enough to get her in this list. She’s pretty much the modern-day version of Pamela Anderson in the 1990’s (though, unlike Pam, I think Kate’s boobs are real).

Kat Dennings -
Another one who barely made it. Many would consider her face unattractive. I think it’s okay, but her body is yummy in the tum tum. And big lips are always a big plus for me.

Lesser Known Women Who I Think ARE Super Hot -
Alright, that covers the “known” celebrities, women I consider attractive but not the best. Now I’ll show you some women I consider the best. Since modern-day Societal Programming and Hollywood consider most women with big boobs and/or big butts as “fat,” even if they have fit, trim, healthy bodies, none of these women are traditionally famous, and never could be in today’s society. I’m sure many of you will consider these women disgusting. Your problem. I think they represent the feminine ideal, at least for me. Just remember there is no such thing as an objective 10; every man will have a different opinion of what a "10" looks like.

Here's three of them, in no particular order.

Denise Milani -
Just an internet pin-up girl who’s been around for a while. She’s the hottest woman on planet Earth who is not blonde.

Kathy Fierro -
She’s a Cuban model, and yes, she looks like a mutant. I don’t care. Looking at her is like someone reached into the dark recesses of my depraved mind and drew a comic book caricature of hottest, curviest-yet-trim woman of my twisted dreams. Weird. But hot.

Julie Tawney -
I’m cheating a little bit here, because she’s from the early 2000’s, but honestly, that’s how hard I have to look for even semi-famous women who I consider super hot. Perfect face, perfect boobs, and she's actually blonde! Yay!

That’s it. Feel free to post links to women you consider your ideal, or modern-day women I didn’t list here who you think I would consider super hot. Have fun!

Want over 35 hours of how-to podcasts on how to improve your woman life and financial life? Want to be able to coach with me twice a month? Want access to hours of technique-based video and audio? The SMIC Program is a monthly podcast and coaching program where you get access to massive amounts of exclusive, members-only Alpha 2.0 content as soon as you sign up, and you can cancel whenever you want. Click here for the details.
[vc_row_inner][vc_column_inner][vc_raw_html] JTNDYSUyMHRhcmdldCUzRCUyMl9ibGFuayUyMiUyMGhyZWYlM0QlMjJodHRwcyUzQSUyRiUyRmFscGhhbWFsZTIwLmthcnRyYS5jb20lMkZwYWdlJTJGcFU1ODMlMjIlM0UlMEElM0NpbWclMjBzcmMlM0QlMjIlMjBodHRwcyUzQSUyRiUyRmNhbGViam9uZXNibG9nLmNvbSUyRndwLWNvbnRlbnQlMkZ1cGxvYWRzJTJGMjAyMCUyRjA4JTJGVFVNLTcyOFg5MC0xLnBuZyUyMCUyMiUzRSUzQyUyRmElM0UlMEE=[/vc_raw_html][/vc_column_inner][/vc_row_inner]
This article was originally published on February 13, 2017

Why Are You Against Tax Cuts? »