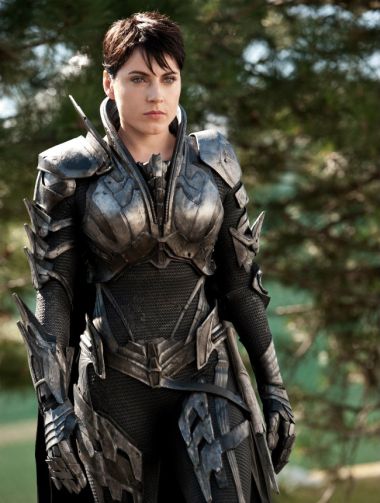 The Hangover Part III - This movie proves that the original 2009 Hangover movie was a flash in the pan, a once-in-a-lifetime congruence of events that will never quite happen again. The first Hangover movie was probably the funniest movie of the entire 2000s. (The only other movie that made me laugh as much during that decade was Step Brothers.)

Hangover 2 was simply a rehash of Hangover. It had the exact same plot, exact same supporting characters, etc. It was an okay movie I guess, but no where near as funny or entertaining s the original Hangover.

Hangover Part III sucked. I think I laughed twice during the entire film. The script is dumb. The story is boring. They changed the formula from comedy to suspense/action flick, and on both counts the movie failed terribly. It's a real shame, because those three characters and the actors who play them are always spot on. Bradley Cooper is perfect as the handsome jerk, Zach Galifianakis is perfect as the retarded child-man, and Ed Helms is perfect as the nerdy beta male. Those three characters, and those three actors, could have had an unbeatable comedy franchise if they had just had slightly more creative writers/directors behind them. What a wasted opportunity.

Now You See Me - I said in the last post that Star Trek Into Darkness did everything perfectly except for one thing, but that one thing didn't detract from the movie at all. Now You See Me is its mirror opposite. It does everything right except for one thing, but that one thing ruined the movie. That "one thing" is dialogue. It's corny, hackneyed, primitive, and predictable. Everything else in the movie is great. It has a great premise and has the potential to be a really great movie. Good actors, great premise, decent plot, very well-done and creative action scenes, even a decent twist ending that surprised me.

But dammit, the dialog was just one notch above what you would see on a daytime soap opera. Not to mention the fact that the movie sports too many of the Hollywood cliched characters; you've got the Tough Independent Woman™, the Jaded Pissed Off Cop™, the Evil Rich Guy™, the Wise Old Man™, even the Morgan Freeman Voiceover™ . Terrible. It's another wasted opportunity like Hangover Part III.

After Earth - I planned on seeing this, because the trailer looked cool, but I skipped it. Apparently it's one of the worst movies ever made, and this is one of the rare times I believe the mainstream movie critics. This entire movie was a vanity project Will Smith did for his son. It's the second time he's done this; the Karate Kid remake being the first.

Man of Steel - More than any other Superman movie, movies I know well since Superman 2 was a seminal movie of my childhood, Man of Steel most clearly plays up the messianic nature of Superman. Superman is, for lack of a better description, the apex of American mythology. Superman is the American Jesus, and this movie shows it like no other. It's a good movie. Like all Zack Snyder films the visuals are amazing and fun to watch. Despite it's standard Hollywood dialog, there were actually a few scenes with Superman's mother and father that touched my emotional side; a rare thing with movies. The music was also very rousing. Well done.

One thing that struck me about this film was the female actors and characters. One of the women in my life looks just like the actress who plays Lois Lane in this movie (Amy Adams). The similarities are so strong it actually took me out of the movie a few times. Have you ever been watching a movie or TV show and one of the actors looks exactly like someone you know well? And it kinda creeps you out and confuses your brain? It was like that.

There was a really, really good female villain in this movie. I love it when Hollywood does female villains well because it happens so rarely. If you didn't know, Man of Steel is more of a reboot of Superman 2 than it is the original Superman. There's a scene in this film that's a direct homage to Superman 2, where Superman fights the three evil Kryptonians in the middle of a small hick down. The female villian (played by Antje Traue) is a reboot of Superman 2's Ursa character, and man, she is fucking awesome. Every second she's on the screen I was glued to it. I wanted her to have a bigger role. Not because she's hot...she's not that attractive...but because she's so damn cool. In a Hollywood world where so many actresses try to look badass and fail, it's really fun to watch when one actually succeeds.

Although I hate it when Hollywood has these tiny women in movies who beat the shit out of men double their size, I do like it when there's a reason behind why it happens within the movie's logic. This badass chick was an evil Superman, so it worked. (As I've said before, I really liked Charlize Theron in Snow White and the Huntsman, even though I hated the rest of the movie.)

World War Z - Brad Pitt saves the world from zombies. Brad's looking pretty old, by the way. He clearly has not found the same fountain of youth Tom Cruise has been using. (That, or Angelina is slowly sucking out his soul. I think that's more likely.) This is a well done movie despite its very tired premise that we've seen a thousand times already. I don't want to be too hard on this film, because it's a good one. However unlike movies like G.I. Joe: Retaliation and Fast and Furious 6, this movie actually tries to be serious. Therefore, it has the burden of actually needing to make sense, and looking bad when it doesn't.

In line with that, while I won't give out spoilers, I do have a few questions.

See, if your movie tries to make sense, then it has to explain shit like this. If it doesn't, it detracts from the enjoyment of the film, at least for nerds like me. This is why I'm not into zombie movies...my brain is way too logical.

This article was originally published on January 16, 2014

« Objections to Non-Monogamy and Their Answers