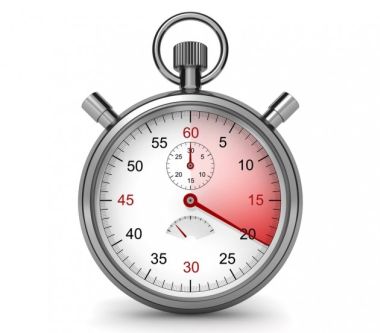 Many men are extremely uncomfortable with the technique of soft nexting, the single most effective technique in your relationship toolbox. That is, to nicely eject a woman out of your life for 2-7 days, ignore her completely during that time, and then resume the relationship like nothing ever happened once the nexting period is over.

The main reason men don't like this technique is because they're usually monogamous and thus scared to death that they might lose their only source of recurring sex. I can't really do much about that one, other than to repeat my advice to never be monogamous in the first place, and always have 2-4 FBs, MLTRs, or an OLTR on rotation, so you can soft next any of them without worrying about damaging your ongoing sex life.

Today I'm going to talk about the second reason men fear using the soft next. This is the objection that women never "get a chance" to tell you what's wrong if you're always nexting them all the time. "What if she has a point?" these men often ask. "What if there's a legitimate issue she's trying to raise?"

I only next a woman if she gives me drama. As I've said before, if a woman in my life comes to me with a problem she's upset about, and explains it to me in a calm tone of voice, and in the spirit of collaboration rather than bitching, venting, or attacking, that's not drama. Thus I'll happily discuss it with her all she likes. No nexting needed.

Drama has a very specific definition. Nicely coming to me about a problem she wants to fix isn't drama. I have never recommended to anyone that they soft next the woman in their life just because she said anything negative, and anyone who says I've said or implied that is misquoting me (likely on purpose).

Therefore, any woman in my life is completely free to bring any problems to me without fear of getting nexted...as long as they're calm and adult about it. But if she screams at me, insults me, or uses passive aggressive moves against me like restricting sex or the silent treatment, then yep, she'll get an instant soft next, and I'll go have sex with someone else. But remember, she's choosing to behave that way. No one is making her. How she chooses to communicate with me is 100% her fault.

Enter the 20 second rule. I've mentioned this before but never gone into detail about it.

The 20 second rule means that any woman I'm dating has 20 seconds to scream her head off at me if she's upset and say whatever she wants. After 20 seconds, if she's still screaming / insulting / passive-aggressiving / whatever, she gets an instant soft next, and I go on with my happy life. However, if after 20 seconds she's calm again, no next occurs and life goes on as before.

This means I will give her a warning to let her know she's enacted the 20 second rule. As soon as she starts raising her voice, or as soon as she hurls one insult or demand at me, even a tiny one, I'll calmly say something like, "You've got 20 seconds to say your peace, then you need to calm down, or you know what's going to happen." Then I shut up, sit back, and let her unload on me with no interruption...but just for 20 seconds.

Once her 20 seconds are up, if she's calmed down, I will either change the subject, with a promise to discuss it later (which I will), or (less often) we will continue to discuss the issue as adults. However, if we do this, she doesn't get another 20 second clock during the continuing conversation. If she loses it again, instant soft next! This is why I will usually say, "Got it. Let's discuss this tomorrow when we're both calmer." Otherwise I'm asking for another drama-spurt and thus a soft next. (Though I soft next without hesitation when needed, ideally I don't want to have to soft next her if it's not necessary.)

It only takes 20 seconds for you to tell someone why they upset you.

Really. It only takes 20 seconds for your special lady to tell you why she's pissed. She doesn't need to go on and on for a half an hour. 20 seconds is more than enough, and I'm being really super generous when I say 20 seconds.

"It hurt me yesterday when you said my sister was a bitch." That's all she has to say to you. Seriously. Say that sentence out loud. It only takes about three seconds to say. She doesn't have to go on and on about how you're a completely insensitive asshole and how her sister is a wonderful angel and how you need to shut the fuck up and keep your opinions to yourself blah blah blah blah.

At that point, she's not collaborating or problem-solving; she's just venting. And venting is drama. And drama is unacceptable (or at least should be if your goal is long-term, consistent happiness; some of you guys kinda like drama so I guess you dudes can ignore all this advice and do whatever you want).

This applies to just about any problem in your relationship you can think of.

"You fucked my best friend! I told you not to do that!"

"OMG you were 15 minutes late picking me up! You completely fucked up my schedule!"

"You never take me out on romantic dates."

"You know, I really don't like it when you talk on your phone while we're out to dinner."

None of those things take longer than about four or five seconds to say. Go back and read them out loud if you don't believe me. By giving her a whopping 20 seconds, I'm really being nice. I'm letting her state the problem plus letting her vent for about another 15 seconds. If any woman seriously makes the argument that she needs to bitch and complain about something you did for longer than 20 seconds, then damn, you've got a drama queen on your hands, and it's time to downgrade her to FB if you haven't already (again, unless you enjoy drama).

I used to do this naturally for several years until I got the idea solidified from a crazy right-wing talk show host named Mark Levin. Since he's a conservative, I disagree with almost all of his political opinions, but he has one technique on his talk show that's pure genius. He calls it the "20 Second Liberal Clock." It's hilarious.

A left-wing liberal will call into his show, and as soon as the liberal says something, well, liberal, Levin will say, "Uh oh! We've got liberal over here! Okay! 20 second liberal clock! Go!" Then he starts a 20-second timer, and that liberal can say literally whatever he wants. He can rant and rave about all the left-wing crap he likes, even personally attack Levin. During that entire time, Levin is quiet and doesn't interrupt. Then, once the 20 seconds are over, Levin says, "Time's up! Now it's my turn," and then he starts in.

This is exactly what I do when a woman in my life gives me drama (which is admittedly rare, since drama is usually a manifestation of monogamy, not open or poly relationships). For 20 seconds she can scream her head off and say whatever she wants without reprisals. After 20 seconds, she needs to calm down. Or get soft nexted.

If you're a more Alpha 2.0 type of guy who loves happiness and hates drama, I highly recommend the 20 second rule for any drama management. It's a very fair way to soft next women while still giving them a chance to air their concerns in a dramatic way. Sometimes, a woman just needs about 20 seconds to be a bitch, then she calms down and everything is fine.  Even if she keeps going and you have to soft next her, at least she knows you gave her a chance. Extremely effective.

This article was originally published on March 26, 2015

« Where You Waste Time at Work

The Science of Television »