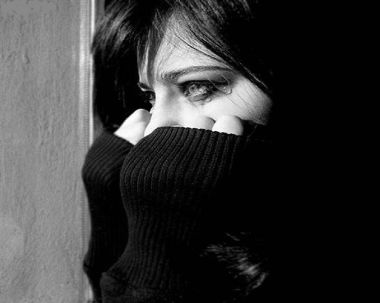 Many years ago, I visited one of my business clients at his home. He was a kind, religious man who owned a successful plumbing company with several locations, was married, and had five small children. His wife and kids were pleasant, but they were the typical rambunctious children you’d expect. Having grown up in a family with five children myself, I was well accustomed to seeing the constant chaos of a household where the parents were actually crazy enough to have five kids. It made me smile, though I knew that having that many children would never be something I would do; my long-term happiness is too important to me.

The visit was enjoyable and uneventful, until I saw something very interesting. So interesting in fact, that it’s the only thing I remember from the visit, and I never forgot it. Several of the kids had been playing in the living room and had then left to go play in the basement. They had left a huge mess in the living room; toys, legos, trash, half-used plates and other dishes, crap like that. It looked like a disaster area. Once again, I was accustomed to seeing things like this from my own upbringing.

I was in the hallway talking to the husband when I saw the wife enter the room from the far side. She walked into the living room, saw the mess, and was immediately upset. I was close enough to hear her mumbling, angry curses under her breath, sighing loudly, and shaking her head. She was rightfully pissed that the kids had left such a huge mess.

Then she did something very strange. She angrily grabbed a large bag, kneeled down on the floor, and started shoving toys into the bag, putting them away. She was clearly upset as she was doing this, shoving the toys in the bag hard, like she was ramming a hammer down on nails. The more she did it, the more upset she became.

I could clearly tell what she was thinking: “This is BULLSHIT that I have to sit here and put these kids’ damn toys away! Ugh!!”
I’m no parenting expert, but I am a man who has raised two children (along with their mother, who I will admit gets more than 50% of the credit) to become happy and successful young adults. I have two chapters in my book on exactly how I did this, which some people have told me are the most interesting chapters in the book. For those of you who don’t have kids, let me explain to you the correct way of dealing with a scenario like this.

If your small children leave a huge mess in the living room, you go to them and tell them to stop whatever they’re doing and clean it up.
That’s it. Problem solved.
I’ll address the excuses that I know some women will attempt to point out in the comments. If the kids are currently doing something productive, like homework, then you tell them to clean up their mess as soon as they’re done. If they bitch and complain, you just ignore them and leave. (They’re little kids. It doesn’t matter what they say.)  If they actually refuse to clean up their mess (which is unlikely if you’ve parented them correctly), you give them a time out, and do so without anger or lectures. Either way, you go right back to whatever you were doing.

It didn’t occur to this mom to do any of this. She was angry they had left a huge mess, then instantly assumed that it was her responsibility to clean it all up, and become even angrier that she “had” to do this.
One more story...
Way back, about 16-17 years ago, when I was married and my kids were little, we moved into a new house with a nice, new lawn. One day, I was in the kitchen eating something when the wife walked in and told me to mow the lawn, since the grass was getting long.

“No problem,” I said. “I’ll have Josh mow it.” Josh was my son, and he was about nine years old at the time. This was the same age I was when I had to mow the lawn when I was a boy. Actually, since we lived further out in the country, I had to mow three big lawns. My son only had to mow two small suburban lawns; he was getting a good deal.
“No,” she said. “You should mow the lawn.”
“Me?” I said. “I have an able-bodied nine year-old son. Why should I mow it when I’ve got one of those? That’s one of the advantages of having kids, Sweetie. You can put ‘em to work. He’ll mow the lawn and I’ll pay him an allowance for it. It will be good.”
“He shouldn’t have to do it,” she said, growing irritated.
“Why not?” I said, quite confused. “I’m going to go work in the garage. He has nothing else better to do. Just look at him.” I pointed over to the living room. It was a Sunday morning and he was lying on the floor with his blanket watching cartoons.

Not knowing anything about women back then, I did what all ignorant men do when their wife or girlfriend gets upset: I used logic. I didn't know back then that logic never works on angry women. It just makes them angrier.

I calmly, logically, and rationally explained to her that when I was younger than him, I mowed not just two lawns every weekend, but three. I also told her that unlike our nice, high-tech lawnmower that was partially self-propelled (the two front wheels moved automatically via an internal motor, making it much easier to push), I had to use a normal, cheapass lawnmower that I had to push manually because my father couldn’t afford anything better.

I also explained that most of my lawns were on a slope, so back when I was little, I had to push the lawnmower up steep inclines, whereas our son just has to mow two lawns on level ground. I also rationally explained that when I was a kid, our lawns were covered with large pinecones, and fragments of these would often fire out from the bottom of the lawnmower like small bullets, shooting me in the legs (which were often bare because I was wearing shorts for the hot summer), causing welts and bleeding. There were no pinecones in our lawns, so our son wouldn’t have this problem.

Essentially, not only was our son not going to do anything evil or difficult, but he would be doing something orders of magnitude easier than what I did when I was his age. I also would pay him every time he did it, teaching him cause and effect and a good work ethic.

Since man-logic always makes angry women even angrier, she turned brick red and exploded at me. She started screaming and yelling that I was a lazy man and a horrible father, and that I didn’t respect her. When she was all done, I simply shrugged and told her that I wasn’t mowing the lawn. He could mow it, and it wasn’t a big deal.
She fumed and left the room. A few minutes later, she was outside mowing the lawn, all the while with a furious, angry look on her face.
From then on, until we moved into a different house, every weekend during the warmer months she would angrily go mow the lawn while my son laid on the floor with his blanket and watched cartoons.
I don’t have the space here to relate all the other examples and stories that I’ve seen over my 44 years of life, where women purposely and needlessly create scenarios where they make themselves unhappy. I can think of 10 more stories like this just off the top of my head. You could argue that men do things like this too, and they do, but based on decades of anecdotal experience, the degree to which men sabotage their own happiness like this pales in comparison to how often women do this.

As I describe in detail in my book, women are incapable of long-term consistent happiness. The primary reason for this is that instead of happiness, women crave a range of positive and negative emotions. However, one of the other reasons is that they will go out of their way to avoid any perceived inconvenience for certain other people in their life, especially their kids, even when this kind of thing is more than warranted, reasonable, and a good idea for all involved.

You will never convince women, logically, to stop doing this. Likely, you’re going to see some comments here (or I will see in my email) from women complaining that the two women I described above were perfectly in the right. You will never convince a woman that taking on additional unhappiness for herself, for no reason, in scenarios like these harm not only herself, but the very people she’s trying to protect.

Some people will also assume that I’m somehow bashing women or against women by pointing this out. If you’re a longtime reader of my blogs, you know that I love women very much, beyond words. That’s why I want them to be happy, and that’s why it’s so sad to see women spend their entire lives doing these things to themselves.
Oh well. As usual, women can do whatever they want. I’ll be over here being happy.

Want over 35 hours of how-to podcasts on how to improve your woman life and financial life? Want to be able to coach with me twice a month? Want access to hours of technique-based video and audio? The SMIC Program is a monthly podcast and coaching program where you get access to massive amounts of exclusive, members-only Alpha 2.0 content as soon as you sign up, and you can cancel whenever you want. Click here for the details.
[vc_row_inner][vc_column_inner][vc_raw_html] JTNDYSUyMHRhcmdldCUzRCUyMl9ibGFuayUyMiUyMGhyZWYlM0QlMjJodHRwcyUzQSUyRiUyRmFscGhhbWFsZTIwLmthcnRyYS5jb20lMkZwYWdlJTJGcFU1ODMlMjIlM0UlMEElM0NpbWclMjBzcmMlM0QlMjIlMjBodHRwcyUzQSUyRiUyRmNhbGViam9uZXNibG9nLmNvbSUyRndwLWNvbnRlbnQlMkZ1cGxvYWRzJTJGMjAyMCUyRjA4JTJGVFVNLTcyOFg5MC0xLnBuZyUyMCUyMiUzRSUzQyUyRmElM0UlMEE=[/vc_raw_html][/vc_column_inner][/vc_row_inner]
This article was originally published on November 24, 2016

« The Future Is Bright for the World

Moving Out of the Country – You’re Not Going to Do It Just Because of an Election, So Shut Up »