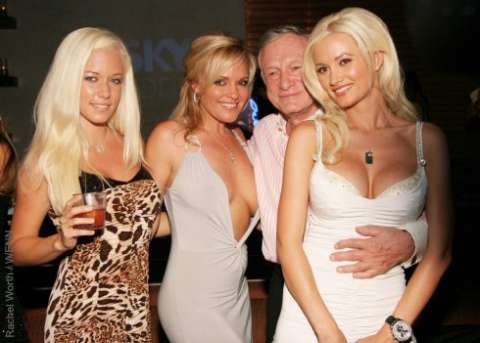 Every once in a while, I get this question from one of you, either in the comments here or in my email. It usually goes something like this:

Hey BD, you say that when you have an OLTR girlfriend or wife, you can’t have any other OLTR’s (girlfriends or wives) or MLTR's; you can just fuck buddies. But why not? Why can’t you have multiple, full-on girlfriends? (or wives?) In the Muslim world you can do this, so why not in the Western world? I know so-and-so celebrity who did this and it looks like he’s doing just fine. Why can’t I do it? I’m sure if you’re SUPER Alpha / retrain their brains / make them cum every time you have sex / guy-Disney technique> you could make it work!!!

First off, as always, let’s get our definitions straight before we start talking about this. An OLTR is a serious girlfriend or wife where you can have sex with other women on the side, provided it’s only sex (FB’s) and you’re not actually dating these women (as MLTR’s, OLTR’s, or "monogamous" girlfriends or wives). It’s sexually open, but it’s emotionally exclusive.
[vc_raw_html]JTNDYSUyMHRhcmdldCUzRCUyMl9ibGFuayUyMiUyMGhyZWYlM0QlMjJodHRwJTNBJTJGJTJGd3d3LmhhdmVvcGVucmVsYXRpb25zaGlwcy5jb20lMjIlM0UlMEElM0NpbWclMjBzcmMlM0QlMjJodHRwcyUzQSUyRiUyRmJsYWNrZHJhZ29uYmxvZy5jb20lMkZ3cC1jb250ZW50JTJGdXBsb2FkcyUyRjIwMjAlMkYwMiUyRk9STS03MjhYOTAucG5nJTIyJTNFJTNDJTJGYSUzRSUwQQ==[/vc_raw_html]
If you have an OLTR and you start dating another woman (with romance and feelings, beyond just sex), then it’s not an OLTR per my definition. Instead, your OLTR becomes an MLTR, and now you essentially have two serious MLTR’s. This is fine, and I've done this myself before, but a MLTR is not an OLTR. Those are two different things.

The question above is asking why a man can’t have multiple hardcore serious girlfriend or wife relationships concurrently, where you identify both women as your “girlfriend” or “wife” and treat them as such. This is a relationship structure that I don’t endorse, and thus have never discussed. I’m about to explain why.

Is it possible to have two or more concurrent relationships like this? Yes. But whether or not it's possible isn't the relevant question, and if that’s the only question you’re asking, you’re not asking the right one.

Instead, you need to ask these three questions:

1. Can you do it? Not a guy you saw on TV or read about on the internet… you.

2. Will the women in your culture put up with it? Not theoretical women you've read about who live on the other side of the planet, but the Western women who live right down the street from you. Will they do this?

3. Is it sustainable? How long will it last? If you can’t keep the women around for longer than a year or so, does it really matter if it’s “possible?” I would argue no.

I only teach relationship models that are A) long-term sustainable and B) able to be created by the typical, normal, Western man. Literally nothing I teach in the dating, relationship, or business realms are things that can only be done by men who are extremely good-looking, or extremely rich, or extremely talented, or men of a certain age, race, or social economic class. Getting laid with decently cute women, getting one or two MLTR’s or FB’s, and getting your income to $75,000 per year are all goals that are perfectly achievable by any man in the Western world reading these words (unless you are literally mentally retarded or weigh 350 pounds). If you don’t believe that, you need to stop reading this right now and read this article.

I purposely don’t teach things that only a certain kind of man can do. That decision is deliberate. (To be fair, I am starting to teach specific women and business techniques that only certain kinds of men can do, but I don’t teach those things publicly and probably never will.) Any guy can do this stuff if he wants it bad enough and is willing to put in approximately 1-4 years of work.
Moreover, the relationship models I talk about (FB, MLTR, and OLTR), unlike absolute sexual monogamy, are long-term sustainable. You can date FB’s and MLTR’s for the next 30 years of your life, and it will work. OLTR’s allow for sex on the side, which monogamy does not, and thus, eliminates the problem of cheating which is one of the biggest reasons for many monogamous breakups and divorces. (And no, stats for long-term OLTR success are not available yet. Wait about 10 more years, and you’ll start to see these.)
[vc_raw_html]JTNDYSUyMHRhcmdldCUzRCUyMl9ibGFuayUyMiUyMGhyZWYlM0QlMjJodHRwJTNBJTJGJTJGd3d3LmhhdmVvcGVucmVsYXRpb25zaGlwcy5jb20lMjIlM0UlMEElM0NpbWclMjBzcmMlM0QlMjJodHRwcyUzQSUyRiUyRmJsYWNrZHJhZ29uYmxvZy5jb20lMkZ3cC1jb250ZW50JTJGdXBsb2FkcyUyRjIwMjAlMkYwMiUyRk9STS0zMzZYMjgwLnBuZyUyMiUzRSUzQyUyRmElM0UlMEE=[/vc_raw_html]
Therefore, if it can’t be done by the typical guy, and it’s not long-term sustainable, I don’t teach it.

That’s why I will never talk about how to have multiple full-on girlfriends or wives to a Western audience. Not all men can do it, and even if you could do it, it’s not long-term sustainable. One or more of your Western girlfriends/wives are going to get fed up with it and leave pretty damn quick.

How do I know this? Simple; I’ve seen numerous examples of MLTR, OLTR or OLTR-like relationships work for 10+ years. Through my email, I know of hundreds of these examples. Yet, I have never seen even one guy pull off the multiple girlfriend/wife thing for a prolonged period, unless he was one of the exceptions to the rule I’ll cover in a minute.

So if having multiple girlfriends/wives actually “worked” in the Western world, I’d see a hell of a lot more evidence of this. Yet, I see none. So there you go. It doesn’t work and/or it’s not long-term sustainable.

Now before some of you guys freak out, I’ll be clear about the three exceptions to the rule where it can work.

Exception 1: In some parts of the Muslim or African worlds. Yes, in some Muslim and African cultures, this kind of thing can work. As I’ve said many times, if that’s something you really want, feel free to move to the Middle East or Africa, convert to Islam, and go for it. But, if you’re a Western guy who wants to stay in the Western world, it’s not going to work long-term. Sorry.

Exception 2: Isolated Mormon cults. Yes, in some places like rural Utah, there are some weird cases of extreme Mormon dudes having multiple wives. I’ve done a lot of reading and research on this, and damn near 100% of the time, these marriages involve really ugly women and shitloads of regular drama. Does converting to old-school Mormonism and having non-stop drama from a bunch of ugly wives sound fun to you? The man also tends to be wealthy, which leads me to the next exception.

Exception 3: Celebrities (or near-celebrities, or extremely wealthy men). Sometimes guys will point out celebrities or near-celebrities who have pulled something like this off, at least for the moment. Okay, but he’s a celebrity. Are you a celebrity? I’ve said many times the celebrities live in a very different world than you or I do. They can pull things off we can’t. Because, you know, they’re celebrities. Even minor celebrities like Adam Lyons, who is now two years into his marriage to two women, both of whom he’s gotten pregnant. But he’s a celebrity (though an internet one), he has two wives who clearly like the attention they’re getting, only one of them is even mildly attractive, he’s only been doing this for two years, he’s already been divorced already (as usual when PUA guys get monogamously married), and I’m just waiting until one of these women dump his ass, which is guaranteed to happen. He’s playing with fire (again), and he’s a celebrity.

The same goes for money. If you’re worth $10 million plus, live a mansions-yachts-private jets lifestyle, and shower women with money, of course you could perhaps convince two or three of them to become your girlfriends/wives. That’s how Hugh Hefner pulled it off, but be honest… do you seriously think Hugh Hefner would have been able to do that if he had been a plumber?

I’m sure someone like Dan Bilzerian could pull this off with the $100 million he inherited from his daddy, but do you have $100 million to drop on some women to convince them to be your girlfriends/wives? I certainly don't, and I doubt you do either.

That’s the bottom line here. If you live in the Western world and aren’t a celebrity or super rich, you cannot have multiple full-on girlfriends or wives unless you don’t mind the relationships / marriages not lasting very long. If you want something more long-term and sustainable, in the Western world, in your non-wealthy, non-celebrity state, you’re going to have to use my system instead. (Or go monogamous, but that won't make you long-term happy unless you're a very low sex drive beta.)

Sorry to burst your bubble, but Disney is bullshit, including guy-Disney.

This article was originally published on September 21, 2017

The War on Drugs »