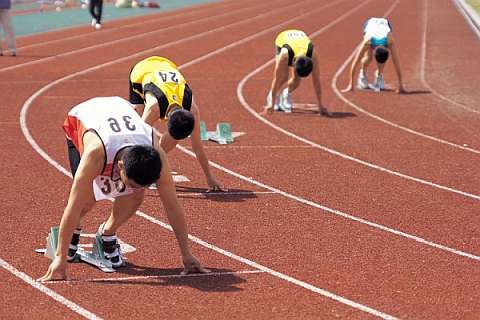 By now, many of you have heard about the Tinder Trap that occurred last week. If you didn’t know, an NYC woman hired a bunch of guys in India to swipe right on thousands of men for a “date.” About 1,000 men actually showed up to this “date.”

She got up on stage with these men and said things like, “If you’re under 5’10”, go home. If you’re a Trump supporter, go home,” and so on. Hundreds of guys left. But! Hundreds of guys actually stayed(!) She then made these guys do pushups and run a race and all kinds of other shit in order to win the opportunity to have a first date with her (not sex with her or anything like that, just a date). And these guys actually did it(!).
I will state for the record that this woman was not in the least attractive. She was very plain and average-looking. I wouldn't have sex with her.
Out of these 1,000 men, she finally picked a “winner” and they went out on a date. The result? She said there was “no chemistry” and dumped him.
This story is getting a lot of play in manosphere circles, as you might expect.
The problem is that just about everyone talking about this is blaming the woman. Virtually no one is talking about these pussy betas, and if they are, they just mention it in passing and then get right back to insulting the woman.
I don’t blame the woman at all. Is she a bitch? Of course she is. She’s an arrogant liar of the highest order. If someone had wasted my time like this, I would have been upset. This would never have happened to me though, since I would have never swiped right on a woman who looked this average.
And that’s my point. This entire thing would never have been a problem for me. Also I know that this problem would have never been a issue for many of you in this blog's audience.
That’s because we’re not desperate, thirsty, needy beta male pussies.
I don’t blame her. I blame these fucking men.
She’s simply doing a shitty version of what I recommend men do; if Western civilization is collapsing (and it is) and there’s nothing you can do to stop it (and there isn’t), then instead of sitting around and getting angry about it, exploit it for your personal gain. Granted, she’s doing this in a very dishonest and downright shitty way, but that’s what she’s doing.
What are these fucking men doing? The exact opposite. Some average-looking bitch snaps her fingers and issues orders like a little Hitler, and these fucking pussies snap to attention and say “Yes master!” and do her bidding.
So, who’s the real idiot here? Who's the real problem here? I’ll give you a hint. It’s not her.
If I’m really pissing you off by saying this, I’m going to ask you a question, and I want you to do your best to clear out the emotions in your brain and answer this question honestly and rationally. Ready? Here goes:
Would this woman have tried this if she was reasonably sure it wouldn’t have worked?
If this woman had known in advance that there was no way in hell that thousands of needy beta males would show up at a park and do pushups and relay races for her, would she have attempted this in the first place?
The answer is no. She would have never done this.
But because men have become such pussies, women know this, and women now pull this kind of shit knowing they can get away with it. If men didn’t put up with this crap, women wouldn’t be doing these things. Therefore, the fault is not with women, but with men.
To be clear, I do not support what this woman did. I’m not on her “side.” She’s a lying, time-wasting bitch. At the same time, I blame men for this bullshit far more than I blame delusional dominant females. These women would have no room to pull this garbage if men were like they used to be in the 1950s and prior.
But because men have chosen to be girly, needy, little pussies (and yes, they have chosen to become this way; no one forced them) average-looking women can now smile, sit back, and snap their fingers and watch with glee as hordes of pathetic betas do their bidding.
Again, who’s being smart here and who’s being stupid?
I’ve also seen a lot of people attack both Tinder and online dating in general for this problem. Wrong. If today’s men weren’t fucking pussies, online dating, and all other forms of dating, would work just fine. But if men insist on being betas, then yeah, all dating, not just online dating, but all dating is going to be a cluster fuck.
The problem isn’t online dating. The problem isn’t Tinder. The problem isn’t bitches. The problem is men. It starts with men. If men stopped putting up with this crap, everything else would fix itself.
Focusing too much blame on this one woman is dangerous, since it gives beta males a pass. The problem didn’t start with this woman or women like her. This is the result of the problem.
The actual problem is men being needy pussies. As long as men insist on being this way, these problems will continue, and get worse.
And they will.
Enjoy the decline!

This article was originally published on September 3, 2018