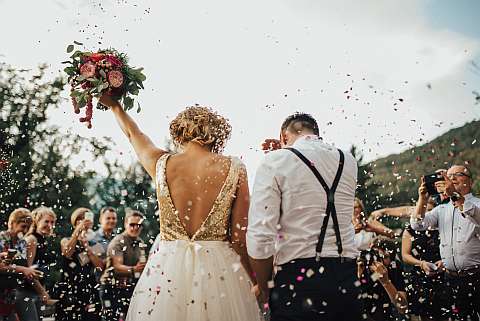 What does it mean to argue in good faith?

This means that you back up your points with facts or logic rather than doing so by twisting or purposely misstating either your argument or the argument of the other person.
Whenever someone does that when I am debating a topic, I know I’ve won. If you have to strawman what I’m saying, or if you have to twist your point into something that it isn’t in order to (theoretically) win a debate, that’s a clear indication that you can’t back up your point, and that my point is likely valid.
As I’ve said before, there are far less people defending traditional monogamous marriage (TMM) today than there were 10+ years ago when I was first talking about this stuff publicly (as well as personally with people I knew or women I dated).
Yet, there are still some people who are clinging to the bullshit fantasy that if you "screen for quality" and “find the right person" in the Western world, getting legally, traditionally married, combining all of your finances, and expecting absolute sexual monogamy from both yourself and your spouse forever is a really great idea.
It is, of course, a ridiculous and stupid idea, and reflects an adolescent level of thinking. I wrote a long article here that lists over 40 arguments people who defend long-term monogamy use and their responses. After discussing this topic for a decade or more, no one has yet to “stump” me on why TMM is a good idea in the Western world and in the modern era.
But let’s get back to that arguing in good faith thing. If I tell you that TMM is a horrible idea and you respond that you just can’t wrap your head around the concept that your future wife might get sexual with another man at some point (which is still a risk even with monogamy, since the already high instances of women cheating on men in marriages have increased by over 20% in just the last few years, and that’s only the women who are honest enough to admit it), or if you say that your entire religious family will hate you if you have an open marriage (then don’t tell them, you idiot), then while your arguments are invalid, you are at least arguing in good faith. In other words, you’re not attempting to twist the argument into something it isn't in order to make your point.
But there is one argument I see made by lots of TMM defenders that isn’t arguing in good faith at all, and is indeed twisting the argument into something stupid.
I’ve seen this argument many times and perhaps you have too. It usually goes something like this:

Just because two people got divorced doesn’t mean it didn’t “work,” Blackdragon. It maybe worked just fine, based on their own definitions of "work." They were married, then happy, then decided to get divorced. Who are you to say it didn’t work? Maybe it worked just fine for them.

This is one of the dumbest, lamest, and most disingenuous arguments people use to defend both TMM and monogamy. I shall demonstrate why.
Please raise your hand and tell me if you’ve ever seen a recently divorced person say anything like, “My marriage worked great! I loved being married, and I loved getting divorced! It worked out exactly as I planned.”
Yeah, I haven’t either. Pretty much 100% of people I have ever met who have gotten divorced (and I’ve met hundreds of these people; you probably have also) reported to me, quite clearly, that their divorce or the marriage was bad and that it was something they didn’t want. Either they never wanted the marriage and the marriage sucked (most divorced women say this) or their divorce was terrible and/or they didn’t want to get divorced (most divorced men say this).
Not one person, that I have met at least, has ever said they got married and divorced at the right times to the right people exactly the way they planned all along. Not one. They all said that the marriage and/or divorce was a huge disappointment and failure.
I’m sorry, but if you got traditionally married and then you divorced, your marriage didn’t “work.” To suggest such a thing as an argument to defend TMM is stupid as shit on your part.
I know this might be a shock to you, but traditional marriage means you get married and then you never get divorced. Instead, you fight, have drama, and then work things out and stay together. That’s what traditional marriage means. Your pastor who married you isn’t going to think that getting a divorce is a marriage that worked, so stop being a disingenuous idiot. That’s not traditional marriage.
You can’t redefine traditional marriage to fit your own internal definition. You can invent your own type of marriage (I did), but unless you’re the Emperor of the Western World, you can’t redefine what is traditional. Society has already defined that for you (sadly).
I keep italicizing traditional marriage because that’s what we’re talking about when we’re talking about long-term monogamy or TMM. However, if you want to remove “traditional” from the equation, now you’re being more logical and arguing in good faith.
I myself have redefined a new type of marriage that I have so much faith in that I actually did it myself: OLTR Marriage. It differs from TMM in the ways that I described here. Moreover and more importantly, unlike these irrational idiots who defend TMM, I clearly defined what “works” means in the context of my OLTR marriage (I clearly explained it here) and I’m going to stick with that definition regardless of what happens in the future.
Unlike monogamy defenders, if my marriage fails (by my own clear definition) I’m not going to do a bullshit 180 and say that it “worked” when it clearly did not. People who defend traditional monogamous marriage should do the same… but because they know it doesn’t work, they can’t.
Another way of getting around the word “traditional” in traditional marriage that some people are now trying is serial marriage, which I first described here. That means that on the day you get married, you are actually planning or at least strongly assuming that you’ll divorce this person down the road. Many women secretly do this, and more and more Alpha Male 1.0s from the pick-up artist and manosphere worlds are starting to do this as well.
If you do that, then sure, you can define your marriage as “worked” even if you get divorced around the approximate time frame you were planning on doing so all along. For example, you marry a younger woman to shut your mom up and to get your bullshit right-wing Societal Programming out of your system, plan on having two kids with her (to get that out of your system as well) and divorce her after about seven years of marriage when she crosses over age 30 and gets too old for you. That's a ridiculous and insane plan for multiple reasons, but that's your plan.
So you have your two kids and get divorced at six years. Okay, sure, that more or less "worked" because that was pretty much what you planned. (Now have fun losing half your money, paying alimony, and fighting in court for the right to spend time with your own kids, you fucking dumbass. But that's a different conversation.)
But again, please raise your hand if you’ve ever talked to a person who clearly admitted to their fiancé (or even close personal friends or family members) right before the wedding that they were planning or strongly assuming they were going to divorce that person down the road once they got bored or irritated with them.
Yeah, me neither.
Please raise your hand if you've ever met anyone who, on their wedding day, planned on divorcing the other person on a certain timetable down the road and successfully succeeded in actually getting the divorce anywhere near that timetable.
I'm sure that's happened somewhere at some point, but I've never seen it.
As I’ve said before, serial marriage may not traditional (meaning it is less irrational), but it’s not very functional either. And it won’t make you happy. People who do serial marriage don’t get enforceable prenups, assume near-forever monogamy from their spouses, so they encounter the same set of problems as TMM folks. I don’t recommend it for anyone (unless you enjoy drama).
So for you monogamy defenders, the next time you’re tempted to use the silly argument that “well maybe that divorced couple did have a marriage that worked,” then please, for the love of Pete, stop being a disingenuous idiot and just admit that TMM doesn’t work in the modern era anymore.
The current collapsing Western society would benefit far more from brave people inventing new, more viable ways to long-term pair-bond with spouses (and raise children, if desired) than pretending a permanently broken system isn’t broken.

If you live near Mexico City, Buenos Aires or Bogotá, Colombia, I'm doing mini-seminars in these cities in November regarding both woman skills and business skills.

This article was originally published on October 1, 2018

Where I Have Failed With My Weight »