Objectives and Expectations With My Live-In OLTR 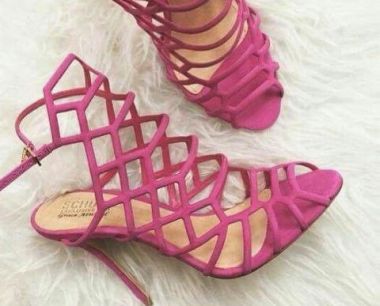 Objectives and Expectations With My Live-In OLTR

I have been pelted with questions about this ever since I announced that my OLTR girlfriend was moving in with me: What are my expectations regarding this relationship? Do I think this will “work?” How long do I think this will last? These are all valid questions (and from some of you, concerns) and I will address them all today. The Definition of the Word “Work”

For example, some guys think OLTR’s that eventually become monogamous are just fine. Other guys think getting divorced is perfectly okay as long as it happens “a few years down the road.” Most Alpha Male 1.0’s who move in with a woman don’t mind regular drama, while other guys (like me) hate drama and would rather end a serious relationship than put up with it. Other guys think monogamy is just fine, while yet other guys think monogamy horrible. Some guys want their live-in woman to be with them literally for the rest of their lives, while other guys know that someday down the road, she'll move out, and they'll just go find someone else. And so on.

PF and I are both realistic and have not been infected with delusions or Disney. I clearly addressed what I think about Disney in item #2 right here, and be sure to read that right now if you think I have any long-term Disney expectations about this, or any other relationship. Human beings are human beings, and behave like human beings, regardless of desires, feelings, or Societal Programming.

I’ve talked before about how a man should reach a point where he can fall head-over-heels in love with a woman, but without getting oneitis at the same time. Most men, beta males and Alpha Male 1.0’s included, can’t do this. They fall in love, and they get oneitis. It’s one and the same. The Alpha Male 2.0 has reached a point where he can fall completely in love with a woman, and literally want to be with her forever, but where he still can and will end the relationship if she becomes problematic, dramatic, or starts making demands of him.

At that point, it is quite possible to be in love with someone without getting delusional, making stupid decisions, and having unrealistic expectations. Thus, my objectives for this OLTR marriage are the same as they’ve always been, all the way back to when I first started talking about this concept around seven years ago. That is, my goal is for this marriage to last at least ten years. Anything beyond ten years I consider a wonderful bonus, since I want this marriage to last the rest of my life. Does that mean I’m saying this marriage has a 100 percent chance of lasting forever? Of course not. Don’t be stupid. I’m simply talking about what I want.

Here’s a more specific breakdown regarding my goals for this relationship:

- If this live-in relationship lasts literally for the rest of my life, I will consider it one of the greatest accomplishments of my entire life. This would be the ideal outcome (assuming the relationship was reasonably low-drama that entire time).

- If this live-in relationship doesn't last the rest of my life, but it does last ten years or more from the date of her move in, I will consider it a complete success and a huge victory, even if we part company after that. Again, I’d rather it last the rest of my life, but I will consider 10+ years a massive victory that I will be very happy about.

- If it lasts less than ten years but more than seven, I will consider it a moderate success. Seven years isn't want I want, but to be fair to me, in an era with 70% divorce rates, a seven year live-in relationship/marriage is indeed an accomplishment, and one that is actually nonmonogamous and low-drama would be even more so.

- If it lasts less than seven years but more than four, I will consider it a failure, but a valuable learning experience and something worthwhile to have attempted.

- If it lasts less than four years, I will consider it complete failure, and I’ll have to ask myself some very tough questions about what I did wrong, since everything that happens to me is my fault.
[vc_row_inner][vc_column_inner][vc_raw_html] JTNDYSUyMHRhcmdldCUzRCUyMl9ibGFuayUyMiUyMGhyZWYlM0QlMjJodHRwcyUzQSUyRiUyRmFscGhhbWFsZTIwLmthcnRyYS5jb20lMkZwYWdlJTJGcFU1ODMlMjIlM0UlMEElM0NpbWclMjBzcmMlM0QlMjIlMjBodHRwcyUzQSUyRiUyRmNhbGViam9uZXNibG9nLmNvbSUyRndwLWNvbnRlbnQlMkZ1cGxvYWRzJTJGMjAyMCUyRjA4JTJGVFVNLTcyOFg5MC0xLnBuZyUyMCUyMiUzRSUzQyUyRmElM0UlMEE=[/vc_raw_html][/vc_column_inner][/vc_row_inner]
All time frames given above start from the date she moved in, which was December 30th, 2017. When I say “lasts,” that means an actual break up and permanent move-out. Temporary breaks, soft nexting-type events, disagreements, and anything like that don’t count as a permanent break up. The Odds Now let’s talk about my odds of success based on the success parameters above. As usual, I am an odds player. I only engage in activates where I know my odds of success are good, and avoid those activities where my odds are poor, all regardless of my personal feelings on the matter. This alone explains my past success in business, finance, women, dating, blackjack, investing, and many other things.

Based on what I know about me and her, I consider the odds of this lasting past the four year failure zone very high, around 85% or more. I put my odds of this lasting 10 years at around 70%, but that’s only a guess at this point. She and I have been together for three years, but we’ve only been living together less than a month, so clearly I need more live-in time to give more accurate predictions for odds. Things may happen over the next few months or years that may cause me to revise those estimates up or down. Time will tell. What About the Three Year Mark?

I’ve received that question a few times. “BD, aren’t you worried about the dreaded three year mark?!? What if, in three years, she gets bored with having sex with you and doesn't want to have sex anymore?”As I’ve explained before, the three year mark is only for monogamous couples. If it’s an OLTR marriage, it works a little differently:

1. The sexual boredom time frame still eventually occurs (most likely), but it takes much longer since you’re not betaizing yourself to her.

2. Even if it happens, it’s no big deal, since you’re still allowed to have sex with FB’s on the side whenever you like. If an OLTR husband has a wife who says no to sex, he just shrugs, says okay, and has sex with someone else sometime in the next few days. If a monogamous husband has a wife who says no to sex, now they have an extremely serious problem in their marriage (and in their lives). I’ve been both types of husbands now, and trust me, being an OLTR husband is much better.PF is already well aware that as an Alpha 2.0, I will never tell her what to do. If I want to have sex, she can say yes or no, with no argument from me no matter what she says. If she says yes, then great. If she says no, that’s perfectly fine, I have FB’s who can take up the slack if needed.

This is a far cry from most monogamous couples who live together. In that case, when the woman says no to sex, massive arguments and other problems ensue, including the man cheating behind her back (and getting caught) with all the ensuing drama. Stupid. (To be clear, I’m talking here about nicely and politely saying no to sex. I am not talking about a woman doing drama or being a bitch when her husband/boyfriend wants sex. Obviously, those would be serious problems in any type of relationship or marriage.)

The Marriage Has Begun In my opinion, and I’ve always had this opinion going all the way back to my early 20’s, a man who is living full-time with a woman is married. Just because he may or may not have signed certain pieces of paper or had some kind of goofy ceremony is completely irrelevant; he’s living the lifestyle of a married man, regardless if he’s monogamous or not, or legally married or not.

Therefore, as of last December 30th, I now consider myself married, in an OLTR marriage, and Pink Firefly is now my wife. We are having a wedding ceremony next August, but again, that’s not relevant to me at all. I’m married now. If you disagree with this, read this article where I explain that position more fully.As the wife an an Alpha Male 2.0, Pink Firefly is her own woman, free to think and do whatever she wants. Thus, she may disagree with aspects of what I’ve said above, which is perfectly fine with me. She’s more than welcome to clarify her position (if any) in the comments.

I will keep all of you updated as to our progress in this new marriage. More coming soon. Want over 35 hours of how-to podcasts on how to improve your woman life and financial life? Want to be able to coach with me twice a month? Want access to hours of technique-based video and audio? The SMIC Program is a monthly podcast and coaching program where you get access to massive amounts of exclusive, members-only Alpha 2.0 content as soon as you sign up, and you can cancel whenever you want. Click here for the details.
[vc_row_inner][vc_column_inner][vc_raw_html] JTNDYSUyMHRhcmdldCUzRCUyMl9ibGFuayUyMiUyMGhyZWYlM0QlMjJodHRwJTNBJTJGJTJGd3d3LmdldHRvc2V4ZmFzdC5jb20lMjIlM0UlMEElM0NpbWclMjBzcmMlM0QlMjJodHRwcyUzQSUyRiUyRmJsYWNrZHJhZ29uYmxvZy5jb20lMkZ3cC1jb250ZW50JTJGdXBsb2FkcyUyRjIwMjAlMkYwMiUyRkdTRl83MjhYOTAucG5nJTIyJTNFJTNDJTJGYSUzRSUwQQ==[/vc_raw_html][/vc_column_inner][/vc_row_inner]
This article was originally published on January 15, 2018