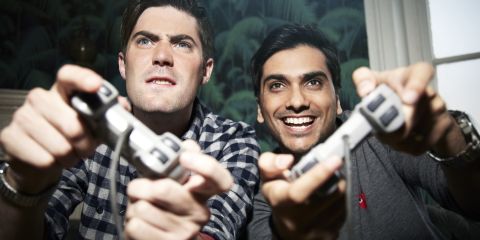 Based on my observations and studies of female behavior, it’s clear to me that most women (not all, but most) start to clean up their act and become adults when they hit age 23. At age 22 and below, women are essentially teenagers, regardless of the fact that the first digit of their age might be a “2” instead of a “1.” During this time, they do things like:

They do this because they’re teenagers. Assuming a woman will suddenly stop acting like a teenager as soon as she turns 20 (or 21, or 22) is a huge mistake many people make. She’s a damn teenager until she hits 23. I’ve spoken about this before.

The good news is that when they hit 23, most women (not all, but most) stop doing the drugs, stop drinking except for once or twice a year, start to maintain regular employment, get a little choosier about the men they have sex with, and more or less are able to maintain normal lives. They still have problems and they’re still stressed out about things, because that’s how women are, but at least they’ve graduated from adolescence into adulthood.

That’s women. Now let’s talk about men. This is where things are going to get uncomfortable for many of you.

Several decades ago when I was a young man, this age 23 zone was about the same for men. Men transformed from man boys into adults at around age 23 or 24, usually when they left college or had a few years of work experience under their belt.

Several decades before that, men turned into adults at age 17 or 18. I have spoken to many old men who lament about men today. “Back when I was 20,” they say, “I had a house, job, wife, two kids, paid my bills, and was responsible. Today, men who are 20 are living with their mommas playing those damn video games.”

As you can see, the age at which men become adults has been rising. Worse, since the dawning of our new left-wing culture in the 90s, this rate has accelerated.

At what age to men turn into adults today? You’re not going to like my answer.

That’s right. I'm no expert, but if I had to pinpoint an age at which the typical, modern, Western man in the 21st century stops acting like a man boy and starts behaving like a mature, real adult, it would be around age 34. Of course there are exceptions to this; I'm just giving you the average.

If you look around, we now have an entire population of men in their 30s who do things like the items I listed above when women act like teenagers, as well as:

This has been the trend I’ve been clearly seeing over the last 20 years. Grown men becoming more and more like children, or at least like teenagers. It is the most disheartening thing about the collapse of Western civilization and I’ve mentioned this several times before.

I’m not the only one noticing this; women complain about this too. Since women are achieving adulthood at around age 23 and men are doing it at around age 34, you now have an entire population of people age 23-34 where adult women are dating man boys. Women are starting to get very pissed off about this, and it’s going to get worse. I realize women complain about men regardless, but in the last 10 years I've noticed women complaining about the immature behavior from the men they're dating, and I've been surprised at how often the women are actually correct about this. These guys are acting like children.

That’s why this recent trend of younger women dating much older men is going to increase. The main reason behind this is because of economic reasons caused by our slowly collapsing economies. But the second reason is this childification of the modern man. Many younger women are getting sick and tired of dating men in their late 20s and 30s who have constant financial problems and spend their time playing video games. This is forcing younger women to do something they’ve never done before; date men over age 35. I predict that over the next few decades, as the economy continues to worsen and as Western men become more and more beta and child-like, you’ll see more young women in their late teens and early to mid 20s date men well over the age of 35. (And yes, those over-33 women are going to hate it.)

The childification of men will get worse. Men remaining man boys longer and longer is a growing trend that will not stop any time soon. At some point in the next few years/decades, this 34 number will rise to 40, and even beyond, particularly as the permanently brainwashed Millennial generation ages into their 40s. Imagine that; an entire population of men in their early 40s who sit around smoking weed, playing Nintendo and Pokemon Go, who have never made more than $30,000 a year, still live with parents or roommates, and who constantly have high-drama, needy relationships with the women unfortunate enough to date them.

As I keep saying at the CJ Blog and as Aaron Clarey first opined, enjoy the decline!

Wait a minute BD. You said you play computer games too! And watch superhero movies and shit! Who’s the man boy now?

We need to differentiate between a man boy and a grown adult who occasionally engages in more child-like activities. There’s a very clear difference.

I haven’t played a computer game in about a year. When I do play computer games, I set my timer for one hour, play, and when the timer goes off I put the game away and get back to work. At one point in my life I did play a lot of computer games...when I was young. When I was a kid. Back when I was 21, I used to spend hours on end playing Ultima until 2am in the morning. That’s what kids do.

Today, as an adult, yeah, occasionally I do kid stuff like watch a cartoon or go see a movie aimed at people younger than me. But I also make a six figure income (since I was 27 years old), run three businesses, have built a decent financial infrastructure from scratch, live alone, don’t rely on family or government to pay my bills, and have raised two successful children. Because I’m an adult. The typical 20s or 30s man boy that I see walking around in society today has done none of these things. Worse, if you tell them to grow up and start working on these things, they actually complain it’s too much work. (Then I go back to my free and happy life and have sex with the hot young women these men can’t, even though I’m in my 40s.)

I’ve said it before, and I’ll probably say it again...

1. If you are over the age of about 24 and still live at home with parents, or make a low income, or spend a lot of time playing video games or getting drunk, GROW THE FUCK UP AND GET TO WORK. Stop being a goddamn child and make something of yourself. Build your financial empire so you can be happy and free. Getting my book would be a good start.

2. If you actually are an adult (not in numerical age, but in regards to behavior) structure your love life and your financial life to deal with the reality that most men under the age of 34 are not full adults, and that this Age of Childishness will increase as Western civilization continues its slow decline. All of this stuff is going to get much worse. Prepare.

Edit/Update - I don't normally do this, but since some of the comments on this blog post are so depressing, I'm going to paste a comment I made below in response to them. Based on many of the comments below, this comment will address some of the objections a few of you have:

To you more angry, depressed, or right-wingish guys:

Yes, women are real problems today. I have written scores of articles on this blog regarding that very topic. Check out the archive for more on that.

But men are also real problems today, which means men need to be criticized too. Harshly so. Again, that doesn’t mean I’m defending women or think that women are doing everything right. Obviously the opposite it the case. It means I’m calling men out for their pussy bullshit and their contributions to the very problems many of you guys are complaining about.

2. If I talk about low-income men who live at home with their parents and play video games too much, and your first thought is “Well women suck today so why should I bother doing any more work than that?”, then you’re showing how completely and utterly warped your mind has become.

If all you can think about is how these things will affect possible women in your life, you have become entirely woman-centric in your thinking. You should want to make good money and live a free and independent life even if you never plan on have sex with a woman ever again. Read this article here. You need it.

3. When you guys use manosphere-nerd phrases like “feminist grrl-power” or “value signal” and things like that, it shows that you’re a little too trapped in your alt-right / MGTOW manosphere bubble. In my opinion, you really need to back off on the time and emotion you spend reading manosphere sites (I barely read any, and I write for one!) and spend more time getting out in the real world increasing your income, achieving your goals and your Mission, getting laid, and improving your health and fitness.

This anger and resentment isn’t going to make you a better man.

This article was originally published on July 22, 2016

« Here’s How Poor Americans Really Are

Why Personal Attacks End the Conversation »