Connecting With A Younger Woman. Or Not. 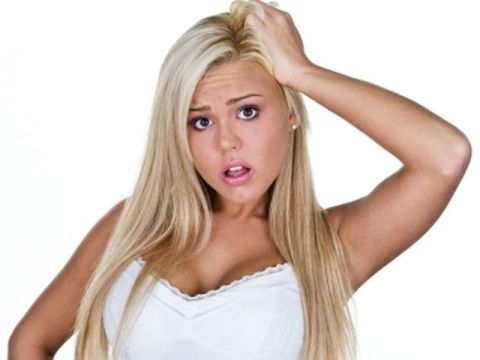 Connecting With A Younger Woman. Or Not.

Whenever the topic of dating a much younger woman is discussed, often this question is brought up by a certain percentage of older men: So If I’m in my late 30s or 40s (or older!), and I’m on a date with a 19 year-old or 21 year-old, how do you connect with a woman that young? I understand the physical attraction, but what if you can’t connect, despite a mutual attraction, possibly because she's so...young. Or dumb. Or just too different. How do you even maintain normal banter? How do you not get bored? How do you not get turned off?

This reminds me of the very first time I had a first date with a much younger woman. I’ve relayed aspects of it before (either on this blog or in one of my ebooks, I don’t honestly remember) but have never told the whole story.

It was over eight years ago, around early 2008. I was still somewhat new at all this, and it was the first time I finally got the balls to start messaging much younger women online. During the prior year I was dating women primarily in their 40s, 30s and very late 20s. I figured that if I messaged women in their late (legal) teens or early 20s, they would just call me a creeper and vanish. It was true that my response rate suddenly plummeted, but a few Type 2 VYW responded to me, quite enthusiastically.Not yet having my online dating system fully developed yet, I fumbled through it as best I could, and finally got one of these girls to agree to a first date at a local Starbucks. Her pics were cute but not super hot, but I didn’t care. I considered it an experiment to see if A) I was attracted enough to actually want to have sex with a woman that young and B) if a woman that young was interested in having sex with me. I was about 36 at the time; she was 20, essentially still a teenager.

When we met up at the Starbucks, I was shocked to see that she was way better looking in real life than her pics indicated (which was a common occurrence back in the days when I used to hit online dating really hard). Though she wasn’t blonde or short, which are my two favorite traits, the rest of her was smokin’. Perfect beautiful face. Young, perfect, tan skin. Long, light brown hair. Trim, fit body. Big perky boobs. The works.

So being physically attracted to her was easy. More so than I thought, as you’ll see in a little bit.
Then she opened her mouth and started talking.
Oh shit.
For the first few minutes everything was fine. We talked about her mom and her best friend. I was getting pretty good at first dates by then, and knew that the more she talked and the less I talked, the higher my odds of fast sex would be. So I just kept her talking about whatever she wanted to talk about.

Soon, the topic of her mom and friends morphed into a detailed conversation (mostly on her part) about...wait for it...her hair. Coloring it. Maintaining it. Shampoo and conditioner. She went on and on about this crap, literally for at least 20 minutes. I couldn’t stand it, but I knew I had to keep her talking, so I just kept her going, which was easy. It was just...stupid. I couldn’t deny the physical attraction though. She was super hot and I got a little turned on even as she was talking about her conditioner.

Eventually we wrapped up the date, keeping it to one hour as per my dating model, and went our separate ways. I remember walking out of that Starbucks, shaking my head. I was a grown man, a business owner, and father of two. What the hell was I doing? Her stupid conversation about her hair reinforced my false Societal Programming about dating someone “too young.”

But then something very interesting happened. I drove home to my apartment (I was still living in an apartment way back then since I was still going through my divorce), parked, walked into my home, and immediately a huge wave of monstrous, caveman like horniness overtook me.

Today, I know exactly what was happening. We men, of all ages, are biologically hard-wired to be sexually attracted to very young women at prime child bearing ages, meaning mid to late teens and early 20s. This reality is offensive in left-wing cultures that used to be puritanical, such as the US and Canada, but biological facts are facts. As I’ve pointed out many times, a particular culture's discomfort with something doesn’t mean it doesn’t exist.They’ve even done studies, several of which I discuss in my book, where they took old married men, measured their testosterone levels, then had these guys have a nice conversation with a flirty, hot teenage girl for just 20 minutes, and measured their testosterone again. This resulted in an average increase of 14% in testosterone blood content levels. In just 20 minutes.

Trust me, as someone on TRT, if your testosterone shots up 14% in just 20 minutes, you’d feel it. This is what happened to me so many years ago. Not only was I talking to a hot young woman, but I was talking to one on a date with the intention of (maybe) having sex with me. That was many years ago and today I’m accustomed to this feeling, but back then, as a recovering beta male, getting punched in the face with this level of instant horniness was as intense as it was unexpected.

Little Ms. Shampoo and I never had sex. I screwed up the second date pitch and waited too long. I would have to wait a few more months before having sex with my first much younger woman, an 18 year-old (who I will probably talk about in a future My History With Women installment). But I’ll never forget the lessons I learned that day.Which brings me to my first and primary point. When you’re an older guy (over age 35 or so) and you’re on a date with a woman who is under the age of 23, you’re not there to connect. You’re not there to find commonality. You’re not there to have a deep, meaningful conversation. You’re going to have to look for that kind of thing with women who are a little older. When on a date with a VYW, you’re there to enjoy the deep, visceral feelings of sexual desire and masculinity that much younger women can give you. That’s it. If you look for anything deeper or anything beyond that, you’re likely going to be disappointed.

As I’ve discussed before, women are still teenagers until they hit about age 23. That means that if you’re on a first or second date with a 22 year-old or younger, you’re sitting across from a teenager. Adjust your expectations accordingly.

In other words, don’t try to “connect” or have a “meaningful conversation” at all. Just sit back, relax, and feel the wonderful horniness and sexual attraction nature designed you to feel (assuming you’re attracted to her of course). Don’t have any other goals beyond that.

If that sounds like torture to you, if you can't stand listening to a hot younger woman talk about her hair or Snapchat or "that cunt on Facebook" who flirted with her last boyfriend, then don’t date women under age 23. Draw a line at 23 or 25 and only date women older than that. That’s perfectly fine. I stopped going below age 23 for FBs (more or less) quite a while back, mostly because A) been there done that (a lot) and B) my schedule is so jam-packed busy these days I can only afford to interact with reliable people. In terms of women, this means 23s or over (and even then there are sometimes problems; they’re still women).

If you still want to date women this young but are still concerned about the conversation aspect, just do what I do: let her talk about whatever the hell she wants. If you can’t stand that, try to find something you both can relate to, at least a little.

“Relate to” can mean something as simple as entertaining stories she tells. I had nothing in common with my first 18 year-old, but she was able to tell the funniest, strangest stories from her life that I was at least mildly entertained, and this was someone who was in my life for many years. As an introvert, I didn’t need to do much talking, and she was an extreme extrovert who could go on and on about stuff for hours. It worked, and I never needed to get “deep” or “meaningful” or find “commonality.”
Lastly, don't forget that if you are sexually attracted enough to a woman, you won’t need to find as much depth or commonality as you think.

I’ll prove it. In your mind, picture the hottest, most perfect ten you can possibly imagine. A woman who is physically flawless and 100% your type in every possible way. Make her about age 21. Now imagine her sitting across from you on a first date. She’s kinda dumb and you have nothing in common, but she’s not irritating, she clearly likes you, she’s clearly a happy person, and is smiling, laughing, and having a great time with you.

Do you really care that you have nothing in common and aren’t connecting mentally?
Be honest. You don’t.Dating much younger women requires this more relaxed mindset. It’s not a good thing or bad thing, just something you must be aware of and prepare for if, as an older guy, you intend on dating women this young.

Want over 35 hours of how-to podcasts on how to improve your woman life and financial life? Want to be able to coach with me twice a month? Want access to hours of technique-based video and audio? The SMIC Program is a monthly podcast and coaching program where you get access to massive amounts of exclusive, members-only Alpha 2.0 content as soon as you sign up, and you can cancel whenever you want. Click here for the details.
[vc_row_inner][vc_column_inner][vc_raw_html] JTNDYSUyMHRhcmdldCUzRCUyMl9ibGFuayUyMiUyMGhyZWYlM0QlMjJodHRwcyUzQSUyRiUyRmFscGhhbWFsZTIwLmthcnRyYS5jb20lMkZwYWdlJTJGcFU1ODMlMjIlM0UlMEElM0NpbWclMjBzcmMlM0QlMjIlMjBodHRwcyUzQSUyRiUyRmNhbGViam9uZXNibG9nLmNvbSUyRndwLWNvbnRlbnQlMkZ1cGxvYWRzJTJGMjAyMCUyRjA4JTJGVFVNLTcyOFg5MC0xLnBuZyUyMCUyMiUzRSUzQyUyRmElM0UlMEE=[/vc_raw_html][/vc_column_inner][/vc_row_inner]
This article was originally published on November 3, 2016

Internet Free Speech Is Vanishing – Prepare For It »