The Deal with This Stupid Coronavirus 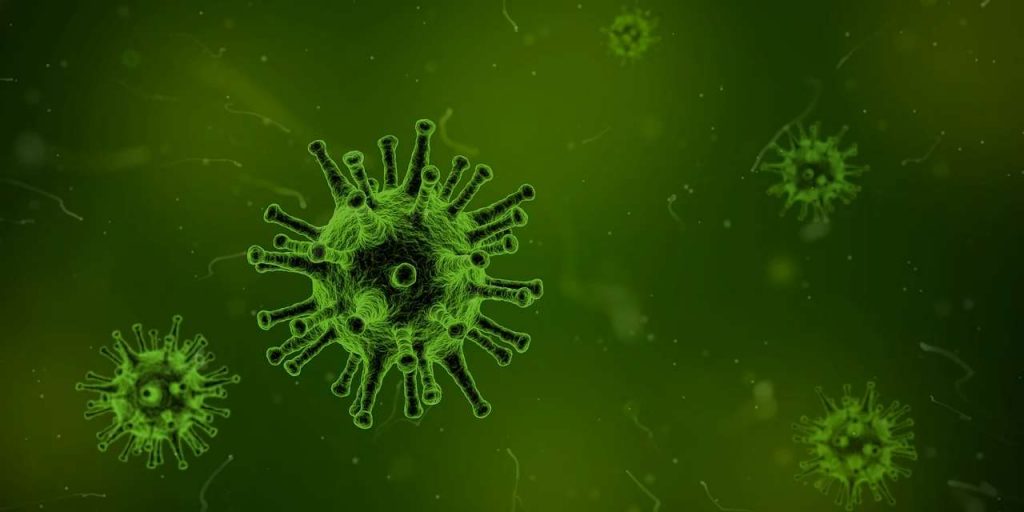 The Deal with This Stupid Coronavirus

I’m going to deviate from my usual topics to address this since I’m getting so many questions about it. I’m also going to tie it into the concepts that I usually do discuss.

Human beings are fundamentally irrational. They are prone to get really excited (in a negative or positive way) about things that are not real. This is due to OBW, or Obsolete Biological Wiring (as I describe in detail in The Unchained Man). For example, you have deeply embedded DNA that tells you to be scared if you hear a sound in the woods. After all, it might be a saber-toothed tiger that will FUCKING EAT YOU!

The problem is that there aren’t any saber-toothed tigers anymore. You’re perfectly safe. But your stupid, outdated, obsolete biology doesn’t know this. It tells you to be scared for no reason.

This reasonless fear manifests itself on a macro-societal level about once a decade or so.

In the 1980s we had the AIDS “epidemic.” Everyone in the world was horrified that we would all have sex and then die of AIDS. Those of you as old as I am can remember how terrified people were of this and how it dominated the news for several years.

What actually happened? A statistically minuscule number of people died, nothing really happened, and everyone forgot about it. Society was terrified for no reason.

In the 1990s we had Y2K. For years, everyone was terrified that the world would come to an end on January 1st, 2000, since computers weren’t designed to handle that date. Everyone hoarded canned food and all kinds of other insane shit. There were tales of trains crashing into each other, stock market collapses, planes falling from the sky, and so on.

What actually happened? A statistically minuscule number of computers had a few minor problems, nothing really happened, and everyone forgot about it. Society was terrified for no reason.

In the 2000s and then again in 2010s we had the swine flu and bird flu. Everyone was horrified that we were all going to die. Asian stocks and real estate values collapsed… temporarily. Everyone was terrified that it was the beginning of a world-wide depression and dark age.

What actually happened? A statistically minuscule number of people died, nothing really happened, and everyone forgot about it. Society was terrified for no reason.

Now we have this silly coronavirus. Yet again, everyone in the world is panicked that we’re all going to die. From the flu. (Never mind the fact that over 4,600 people die per month from the flu already.)[*]

What’s going to actually happen? A statistically minuscule number of people are going to die, nothing will really happen, and in a year or two everyone will forget about it. All this fear and handwringing will be for literally no reason (other than to make the media some extra money).

And 5-10 years from now, there will be some other useless scare, everyone will freak the fuck out, nothing will really happen, and people will forget about it again.

Because people are irrational.

Your job, if you want to be long-term happy, is to not be one of these people. Focus on the facts and take action accordingly. Don’t focus on what the media is hyping or what your friends on Facebook are saying or even what you are feeling. These things are false.

The bottom line is that this is the flu. The flu doesn’t kill you (unless you're very old and feeble already, and even then it's a bizarre exception to the rule). Much of the time people who have the coronavirus don’t even have any symptoms. Again, the only people who have actually died (like a few thousand people in China out of a BILLION or 14 people in the USA out of HUNDREDS OF MILLIONS) are old sickly people.

As usual, the media pumps this up because that’s how they make money. Instead of saying, “81-year-old sickly man in an elder care facility just died from the coronavirus because he was a sickly old man before catching it,” they instead say “HOLY SHIT THE 14TH PERSON JUST DIED! THIS IS A TERRIBLE EPIDEMIC EVERYONE! BE SCARED! AAAAAHHHH!”

And a hell of a lot of you are falling for this.

I could get the coronavirus myself tomorrow, and I still would have the same opinion. I would have a sore throat for a few days, then I’d get better, and then I would move on. So would you.

Many of you need to read this article to review the 2% Rule. As a matter of fact, lately I’ve been tempted to re-post that article every three our four months at all of my blogs since so many of you regularly freak out about things in the comments that will never happen.

The 2% Rule states that if something only has a 2% or less chance of happening to you, then you completely forget about it and proceed as if nothing is wrong. Because nothing is wrong. You’re just being insane.

What are the odds of you personally catching the coronavirus? It’s a tiny fraction of one percent. 2% Rule then. Don’t worry about it.

But let's be really irrational and say you actually do catch it (which you won’t). What are the odds it will kill you? The real death rate of the coronavirus in most countries, even in the hardest-hit cities, is between 0.5% and 0.7% (this 3.4% death rate you keep hearing about is horseshit).[*] And even that only applies if you include old, sickly people. (Of all the people who died in Italy that everyone was freaking out about, the youngest one was 72.)

Stop worrying about this.

Stock markets around the world are going to decline (which they should, since they were all bubbles in the first place, as I’ve demonstrated many times over at my other blog). The airlines and health insurance industries are going to be in serious trouble (and, because of our ridiculous corporatist economy, will likely be bailed out with yours and my tax dollars, as usual). Many industries are going to suffer for a while.

That’s okay, because one of the other concepts I teach is to exploit the collapse of the West for your own personal gain. As I’ve shown many times at both of my blogs, Westerners are as irrational as they have ever been in all of modern history, particularly regarding things such as politics, tribalism, and societal scares. Since there is nothing you can do to stop this, you might as well profit from it.

I can’t tell you exactly what I’m doing with my investments (read this if you want to know why) but I am watching the markets and commodity prices very, very carefully. I intend on making a decent amount of free cash off this chaos, just like I did when Tantrum Trump was elected. Stock market prices are likely to decline sharply, and things like commodities and cryptocurrencies may experience a temporary boost. And the markets will quickly recover after this false scare is over. If the scare is sustained long enough, it might even harm Tantrum Trump’s re-election likelihood (which was pretty much in the bag before this false scare).

Do with this information what you will. Hint hint.

In about two weeks I’ll be spending a month in Eastern Europe, hitting at least three different countries (Ukraine, Armenia, and Georgia). That will involve a lot of flying for me. I can’t wait to relax on planes that are half empty, not having to worry about long lines at the airports, and perhaps even getting a few free first-class seats. Win! Thanks, coronavirus!

While everyone is terrified to fly to Asia, my son just flew to Taiwan last week and got a great deal. Smart.

I could go on and on with examples. If everyone else is going to be a mob of terrified idiots, take advantage of that! It’s awesome.

But Caleb, shouldn’t I buy some food and water and stuff in case this gets out of hand?

You should have already had all of that stuff in your home well before this. Take a minute and read this article that I wrote three years ago on exactly what kind of emergency prep materials an Alpha Male 2.0 should have in his home at all times, for any major emergency, not just a false flu scare. For example, I’ve always had an emergency store of 30 days of non-perishable food and at least 15 days of drinkable water, as well as ways to prepare the food with zero running water and no electricity. You never see me running to Wal-Mart like a maniac every time something bad happens; I'm relaxed because I'm already covered.

If you waited until now to get this stuff, you already fucked this up. The last thing you want to do is run to the store to get these items when everyone else in your city is doing it. Again, not rational.

The Alpha Male 2.0 is a man who successfully navigates his rational, happy life even when he lives in a sea of chaos, irrationality, and absurdity (which certainly describes the Collapsing West today). He doesn’t get involved in it, he doesn’t contribute to it, and he’s not negatively affected by it. (At best, he profits from it.)

As always, the choice is yours.

Edit/Update: There seems to be a percentage of readers who are triggered by the phrase "it's like the flu." So to be clear:

The newly updated and expanded online video Alpha 2.0 Business Course is where you will get step-by-step instructions on how to start or improve your own business where you make $75,000 per year or more on less than 30 hours per week completely location-independent! Get it during its 12-day launch, going on NOW, for a huge discount and extra videos and audios for FREE. Available here on until 8pm EST on Monday, March 16th.

This article was originally published on March 9, 2020