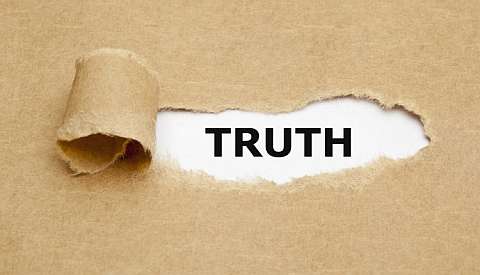 
I’m currently making a strange experiment. Well, it’s strange for me, as I’m testing your stuff (going for young hotties on dating sites while being in my late 30s). But I made a move in the complete opposite of this post. On my dating profile, I made a little bit of blabla (nothing interesting, but I write well, so it’s ok to have it), but the core of it, the main paragraph states (roughly translated to english):

“First of all, I’m polyamourous. I have 2 women in my life, and I have feelings for them. So suck it monogamy!” (very approximate translation)

My response rate crumbled to 5% (0% amongst women my age). But two gals contacted me, and showed interest in polyamory as soon as they opened their online mouth (in France, it’s not as big as it is in the US). One told me she considers MLTR to be some ideal relationship. The other one just crave for air in monogamous relationships (in my opinion, she should really consider polyamory as a lifestyle).

So, stating I’m polyamourous right away:

– Allows me to focus more on the type of girls I want to meet. In my opinion they have lower ASD, are less bossy, and I think the drama is also lowered (at least, I know I won’t have jealousy drama).

– Makes my profile clearly unique. They contact me because they want to know about polyamory. I’m suddenly not a random profile on the website, I may be the only one stating my polyamourous lifestyle (appart from OkCupid, I don’t think many dating sites allow you to show your nonmonogamous lifestyle, and OkCupid is not much important in France).

– Shows great OI in my opinion. Always a good thing.

– Removes creepiness: I’m not starving for sex, I clearly show I have feelings. Both gals told me in the first messages that they are open to first date sex… more than I was expecting (I’ll also try your 2-dates model, even if I may be surprised by their model).


Also, a reader named Paul recently sent me this email:


I’ve been reading your blog for a year or two and own several of your books. Thank you for sharing so many of your experiences. Congrats on making a business out of it!

I have made a small change to my approach from what you recommend. I have a conversation about non-monogamy with women before I have sex with them. Since sex almost always happens on the second date it’s always on the first date or at the start of the second. With two of my current FBs, the 26 and 28, they were very relieved and excited that I was so open minded and wouldn’t be attempting to monopolize them sexually. Telling them up front was an immediate good thing. With the 40 there was a brief hiccup, then everything went on as if there had never been a discussion. With the 22 it was simply a non-event discussion - she totally didn’t care.


I still remember all the trouble I had back in 2007 and 2008 trying to get women to have open / polyamorous / nonmonogamous relationships with me. No matter what I said, no matter what facts I presented about divorce rates, or people cheating, or the benefits of not being monogamous, or having women just go back and remember why their past monogamous relationships failed, none of that helped. They were adamant about monogamy, period. It was a huge uphill battle. There was so much resistance.
“Oh no, you’re wrong! Not all guys cheat!”
“Oh no, you’re wrong! Once you fall in love with someone, really fall in love, you won’t ever want to have sex with anyone else.”
“Oh no, you’re wrong! Once you find the right person/guy/girl, long-term monogamy works great! You just have to find that person!”
“Oh no, you’re wrong! My aunt/uncle/co-worker did it!”
I also said many years ago that as time went on, monogamy’s failure rates would continue to rise. This would force people to start considering nonmonogamy whether they wanted to or not. And I was right. As I already talked about here, it is now far easier to get women into verbalized nonmonogamous relationships today than it was just ten years ago.
Another factor I had not considered also helped this: technology. In an internet / smartphone / social media world, it’s become extremely difficult to cheat on your girlfriend / boyfriend / spouse and never get caught. Back in the 1980s, when there were no cell phones, no internet, and barely any computers, cheating was easy as hell. Today, cheaters are getting caught in far larger numbers than ever before because of technology. Soon, technology will render it literally impossible to cheat, as I explained here.
Today, divorce rates have gotten so bad and cheating has become so rampant, and being able to hide your cheating has become so difficult, I don’t have to convince new women I meet of monogamy not working and of nonmonogamy at least being a viable option. If a woman ever balks at the concept of having an open or poly relationship, all I have to say is, “Every boyfriend you’ve ever had has cheated on you, right?”
Every time I’ve said this, the woman just looks at me with a blank stare for a second, then embarrassingly looks away. Seriously. Try this. It will work. It’s worked on tons of women in the last few years, including Pink Firefly.
My advice is, as always, to slowly move a “normal” (i.e. she’s only done monogamy) woman into the world of open or poly. This way, you can take almost any woman, regardless of her background, and move her into a nonmonogamous relationship with extremely high odds of success. I describe exactly how to do this in this book here.
[vc_raw_html]JTNDYSUyMHRhcmdldCUzRCUyMl9ibGFuayUyMiUyMGhyZWYlM0QlMjJodHRwJTNBJTJGJTJGd3d3LmhhdmVvcGVucmVsYXRpb25zaGlwcy5jb20lMjIlM0UlMEElM0NpbWclMjBzcmMlM0QlMjJodHRwcyUzQSUyRiUyRmJsYWNrZHJhZ29uYmxvZy5jb20lMkZ3cC1jb250ZW50JTJGdXBsb2FkcyUyRjIwMjAlMkYwMiUyRk9STS03MjhYOTAucG5nJTIyJTNFJTNDJTJGYSUzRSUwQQ==[/vc_raw_html]
This article was originally published on August 16, 2018

How Virtual Reality (VR) Would Actually Work In The Future »