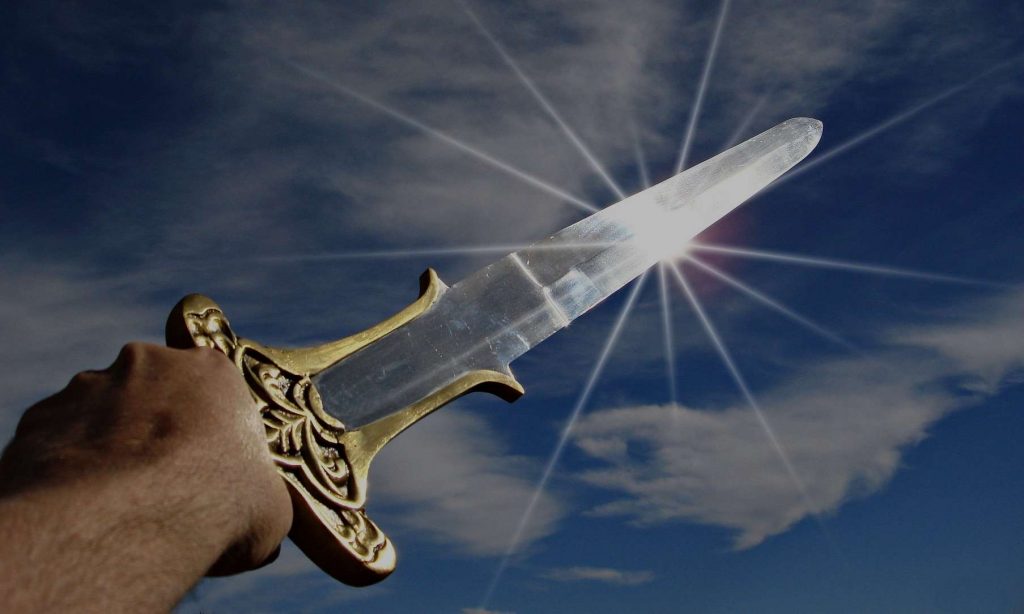 In 3 hours we start the online seminar How To Monetize A Blog where you will learn how to get a money-making blog started from scratch and get from zero to the money as fast as possible. You can participate in the entire live stream with me plus the Q&A, plus get the downloadable video copy of the entire thing (even if you miss the live stream), all for just $47. We start in 3 hours at noon PST today. Click HERE to register now.

Put your shit down.

I know exactly who you are.

Some of you are guys who casually consume self-improvement information because it’s entertaining or mildly interesting. It’s fun to think about but you don’t actually take any action on it in real life.

That’s because you’re too comfortable. Your life sucks, but it doesn’t suck quite hard enough for you to get off your ass and actually do something that might be temporarily uncomfortable for you so you can make your life better.

So, you just keep on reading and watching self-improvement material while your life continues to suck... or get worse.

Some of you guys read self-improvement content and actually take action on some of it. But then it gets scary. It doesn’t work. Or you fail. Or a girl yells at you. Or you lose $300. So you get mad, which is a nice way of saying you get scared. You get mad at yourself, or mad at me, or mad at someone else, and you stop taking action.

It’s hard to take action to improve yourself while you’re mad.

If someone calls you out on your inaction you declare that it’s not your fault because you tried it and it didn’t work. So, don’t blame you, you say, you gave it a shot. You’re a victim.

Some of you really want to take action on the self-improvement information you learn but it’s just too scary. It’s too far out of your comfort zone. You’ve never seen anyone in your life actually do it, so you doubt if it’s even possible for you.

Make $75,000 a year from location independent income where I can live and travel wherever I want? No way. That would be a dream come true, but there’s just no way you could do that.

Have a sexual relationship with two or three or even four cute/hot women all at the same time? Never gonna happen. You’re too skinny. Or too fat. Or too ugly. Or not the right race. Or don’t make enough money. You’re doomed because your SMV is too low. That manosphere guy you read all the time said so, so it must be true.

So, you read the self-improvement information, sadly and vicariously, wishing you could actually do it (which you could) but you… “can’t.”

Some of you take action to improve your lives and it actually works! You start making more money. You start getting laid. It’s good! But then you get distracted. You see some new cool way of making money from some random YouTube guru and stop what you’re doing and start doing that instead. You have sex with a few attractive women but then one who is Not Like The Rest™ comes along and you start rationalizing you don’t need to have sex with other women because She’s So Awesome™.

So, you settle. You improved your life a little, but just a little, and you start rolling back into old habits.

Some of you guys are mad. You’ve been mad for so long it’s all you know. Two or three groups in particular make you really mad. SJWs, Republicans, PUA gurus, Christians, atheists, feminists, whoever… someone makes you really, really fuckin' angry.

It’s fun to be mad… while you’re mad. But when you’re done typing fun trolling comments on the internet and circle-jerking with those other angry guys who agree with you and the emotions pass you have just yourself, your shitty life, and your anger.

When you look in the mirror, you know deep down that being mad isn’t fixing anything. That makes you even more mad, and you go back to doing nothing... except being mad.

Some of you are comfortable. It’s not so bad. You don’t have location independent income, but you do make decent money. You made $82,000 last year. Hey, that’s not bad, and your mom thinks it’s great. Sure, you pay 40% of that in taxes and your job is really boring, but still. It’s not bad. Right?

You have a woman in your life. She’s about a five or six in looks and you don’t have sex as much as you want, but hey, she’s an okay person, and you don’t need to go on any dates with new women or anything. It’s boring and lame sometimes, and you fantasize about much hotter women when you jerk off, but it’s not bad. Right?

Why bother doing anything? Things aren’t good, but they aren’t bad, so it’s not worth it.

So, you continue to do nothing. Your life continues. Everything stays the same.

In a few days, the human race is going to enter the 2020s. We will be entering the future in a very real sense. We have now entered into the high-tech Golden Age most sci-fi TV shows, novels and movies of old fantasized about. That fantasy is now real. 2020 is really here.

Most of the men in my audience I just described are going to spend the next year doing the same thing they’ve been doing for years already. They’re going to keep making excuses and rationalizing their shitty lives.

I can’t do anything about those guys. I have nothing against those guys, but I can’t help them. They don’t want to be helped.

That brings me to the real topic of this article, which is the smaller percentage of my readers who aren’t like this.

I’m talking about you guys who have had enough.

You’re tired of being angry.

You’re tired of being scared.

You’re tired of not having sex, or tired of only having sex with average-looking women.

You’re tired of arguing with women (and friends, and co-workers and family members).

You’re tired of that stupid fucking corporate job you have to go to every god damned day with the snooty co-workers and your boss who doesn’t know shit.

You’re tired of being dependent on your loser friends or your high-drama family.

YOU’VE HAD ENOUGH AND YOU’RE NOT GOING TO PUT UP WITH THIS ANYMORE.

You’re tired of being a scared beta male slave who doesn’t live is own life. No more. You’re going to own your life now. Period.

You’re tired of being an angry, touchy, over-worked Alpha Male 1.0 who spends way too much time fighting people and stressing rather than being happy and doing the things you love. You’re going to change that. Now.

You guys, you small percentage of my audience, the elite of my readers, you are why I am here. You are why I write these blog posts every week for free and post audio, video, email and other content every week for free. I do this for you guys, you men who are tired of living like slaves and are actually going to make a change and get out into the world and do something right the fuck now.

I’m here for you. You’re actually the only reason I’m here.

I have the entire year of 2020 all mapped out, including all free content and content I’m going to charge for. I am going to produce more free content this year for you guys than the last five years combined. I have books, courses and other materials I’m going to publish that will cost a little money for those of you who are interested. All of my content, all of my effort in this Blackdragon/Alpha Male 2.0 company is for you, you guys who are taking action right now or are going to start taking action in a few days when 2020 is upon us.

If you’re still too comfortable or scared or mad or lazy to take any action to make your life better, that’s fine. Read my free content and enjoy it while your life continues to worsen.

If you’re ready to take action and become an Alpha Male 2.0 or at least set up those aspects of Alpha Male 2.0 you desire, fantastic. Get to work. I’ll be there to support you in numerous ways (with new ways I’ll be announcing soon). You are part of my life Mission. I’m here to help.

If you’re on the fence, and you’re not quite sure, then you’ve got a fucking decision to make. Keep being unhappy, keep suffering, keep getting the life slowly sucked out of your soul… or stop making your bullshit excuses and start taking action.

You don’t need to take massive action (though I would). Just devote 10-15 hours per week on building your Alpha Male 2.0 life. It’s not that hard. We’re not talking about being a multi-millionaire or banging supermodels. Not even close. Alpha Male 2.0 means you make $75,000 per year in location independent income and you’re having sex with at least two women you consider at least cute. Simple. Doable. Within the realm of any man reading these words given a little effort.

Thousands of men all over the world have done it.

You can do it too.

I will help you.

Or you can sit on your ass.

The choice is yours.

This article was originally published on December 30, 2019